Greetings driving enthusiasts! Yep, it’s that time again—we’re back with another round-up of our favourite pass photos. In the month that saw British people collectively cave in and admit that, come on, we appreciate a bit of sun but it’s a bit TOO HOT now thank you very much, some people still managed to pass their driving test! We’re not sure how they did it, to be honest—we’ve barely been able to muster the strength to refill the ice trays.

In fact, PassMeFast actually saw a lot of learners earn their pink licence this month. We assume everyone’s itching to squeeze in a quick road trip before summer’s over. Or maybe they’re just taking advantage of that precious air con that we decided is only worth installing in cars and not our actual homes (genius). Whatever the reason, we’ve done the hard work and boiled it down to our top 5 photos. Take a break from the heat and enjoy!

Didn’t know she had it in her!

First up is the lovely Jade, who came to PassMeFast as a complete beginner. Sensing we had a fast learner on our hands, we set her up with one of our 40 hour courses. Now, while her instructor knew she was more than test-ready by the time the course was up, it seems even Jade wasn’t prepared for what came next… 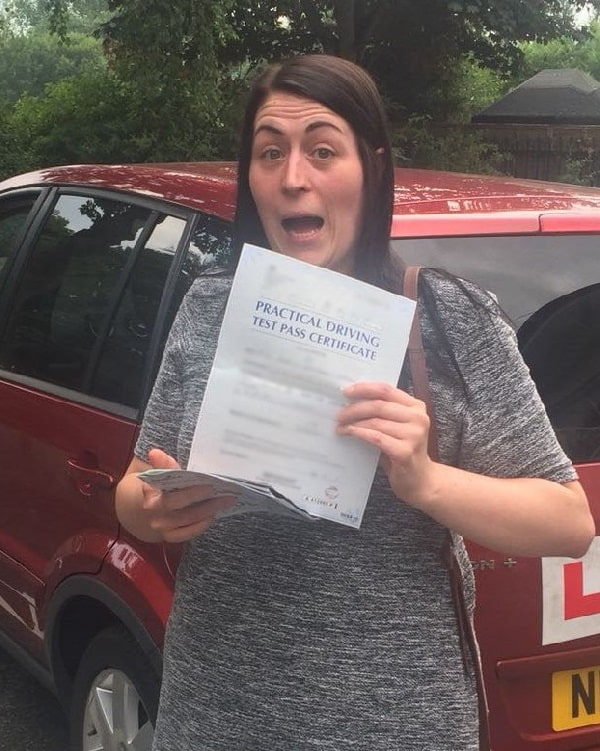 Not only did she pass her test first time, but she only picked up 4 minors along the way! That’s really impressive stuff from a complete beginner. Judging from the picture, Jade was more shocked than anyone! Congratulations!

PassMeFast’s courses aren’t just for learner drivers, you know. Take Leo for example—he’s been driving for years, but recently decided to make a big change. A transmission transition, if you will. And I will! He felt it was time to get to grips with the clutch and start changing gears himself (no shade to automatic drivers, we still got your back too) by upgrading to a manual licence. 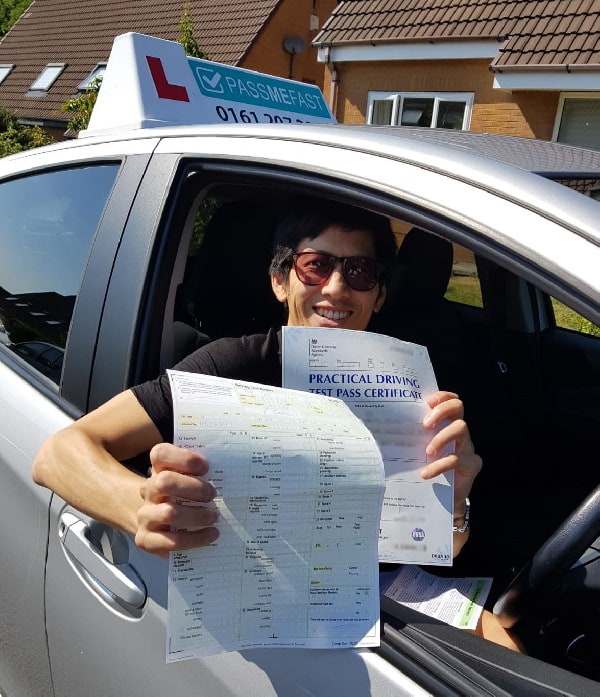 After a quick 10 hour course, Leo didn’t just pass the test—he absolutely aced it! Check him out showing off his clean sheet, above. Another addition to PassMeFast’s zero minors club; another reason for us to swell with pride this month!

Dust yourself off and try again

You know here at PassMeFast we’re suckers for a good old tale of perseverance finally paying off. Enter Cameron. He took a driving course 2 years ago, but it didn’t quite go to plan. Self-doubt and nerves got the better of him and, sadly, he spent a couple of years avoiding driving altogether.

What’s really impressive is, this year, Cameron decided to give it another shot, and got back into the driver’s seat. After a 15 hour course his confidence was up and he was ready to go for that licence. Here’s what he had to say about his instructor Frank and the experience of taking on the practical test again:

“Absolutely smashed it thanks so much pal!!” 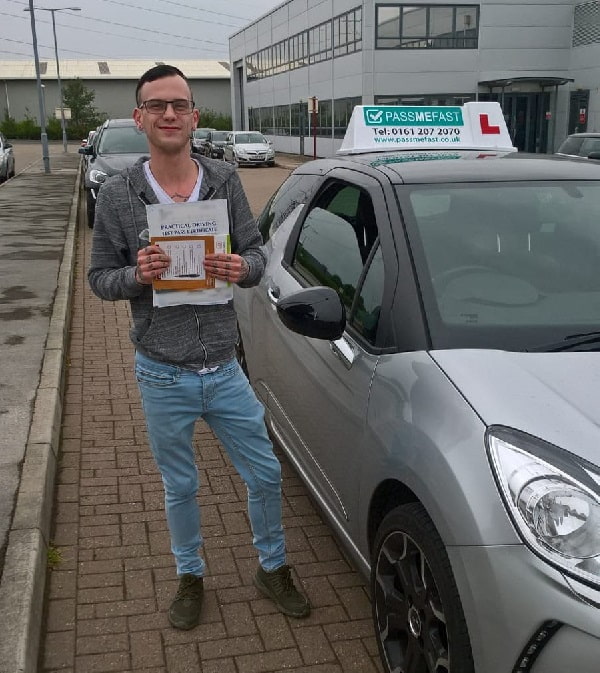 Short, sweet and exactly what we love to hear! Cameron, you’re an inspiration to anyone looking to overcome nerves and pass the driving test. Well done!

It’s only a bump in the road

While we’re great believers in the idea that the road to driving doesn’t have to be long (it’s the mantra our company is based on!), that doesn’t mean the road in question is always going to be smooth… Learning experiences tend to include both ups and downs. It’s how you cope with them that’s the real sign of inner strength and how far you’ve come.

It might sound like we’re just brainstorming ideas to fill a Hallmark card now, but this is actually in reference to one of this month’s learners! 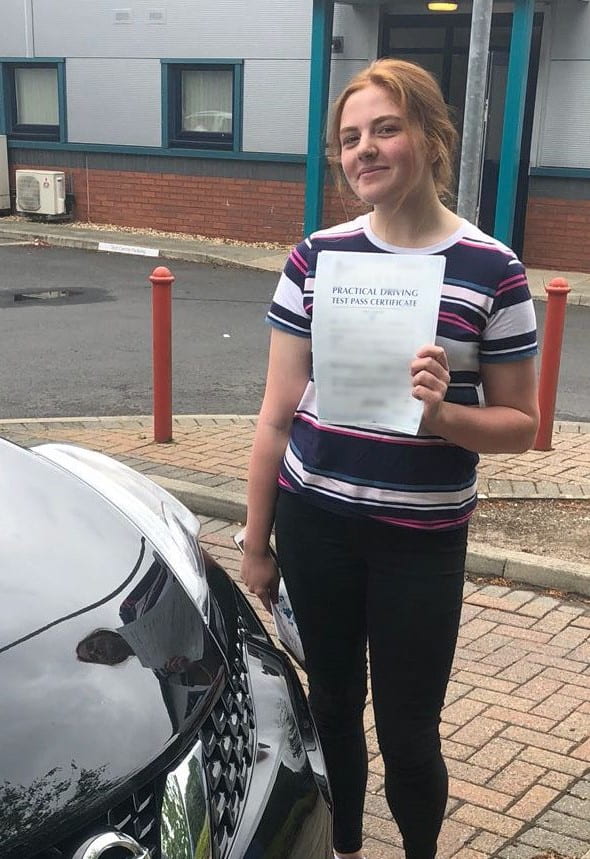 Charlie already had some driving experience (including a practical test attempt) when she came to PassMeFast. During her course there were a few moments where she felt like giving up. This is really common with learner drivers. Some days you’ll make loads of progress, other days you might feel like you’re going backwards (have a peek out of the window, you might just literally be going backwards).

Thankfully, Charlie is made of stern stuff. She managed to overcome her temporary crisis of confidence and pushed on through to ace the test. We couldn’t be more proud!

We’re rounding things off this month with a guy who managed to achieve something that’s quite rare when it comes to the driving test.

Chris took a 10 hour course with PassMeFast and was more than ready to sit the practical. He managed to pass first time, collecting only two minor faults along the way. Now, this is already impressive stuff, but it gets even better. After the test, Chris received compliments from the examiner! 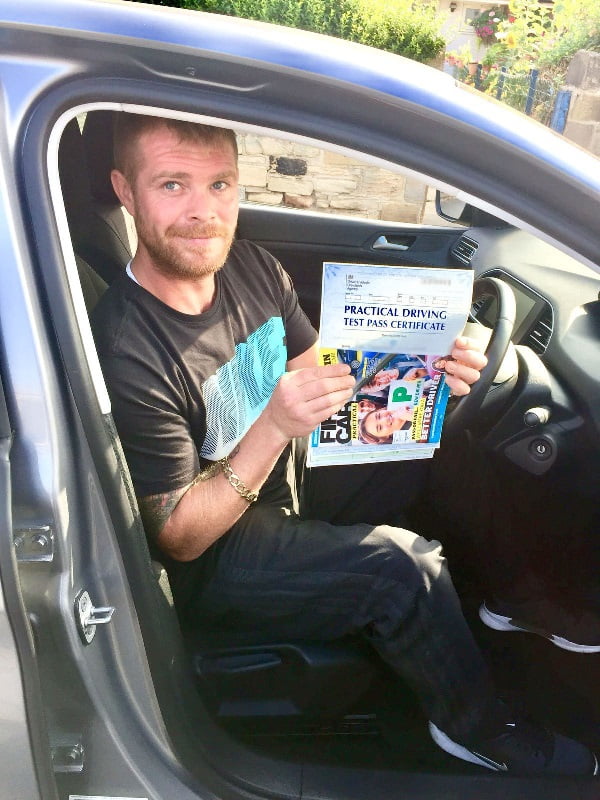 Ooh, get you Chris! That’s right, his examiner was so impressed with his driving skills that they felt compelled to compliment him. This doesn’t earn you anything extra, but who doesn’t love a few brownie points and an ego boost?!

Well done Chris—our compliments probably don’t hold as much weight as those of a driving examiner, but we’ll shower you with them anyway! Congratulations and enjoy that open road!

That’s all for this month, folks! Time to return to the inferno that is British summer time. Slather on the aloe, stay hydrated and complain like it’s your middle name. We can get through this together.

Until next time, keep checking in with the PassMeFast blog for all the latest driving news and tips! Alternatively, take a gander at July’s top customer reviews for a look at more successful PMF stories!