We’re whizzing along with our theory test centre essential guides here at PassMeFast! Determined to leave no stone unturned and no learner driver in the dark, this week we’re moving on to Derbyshire and Nottinghamshire.

With two theory test centres apiece, it’s a nice level playing field as we explore two counties famed for their rich history and beautiful scenery. If you call either one of these home, get ready to learn some serious facts and useful figures, as we dive into everything you could possibly want to know about the local theory test centres. From pass rates to public transport, we’ve got you covered! 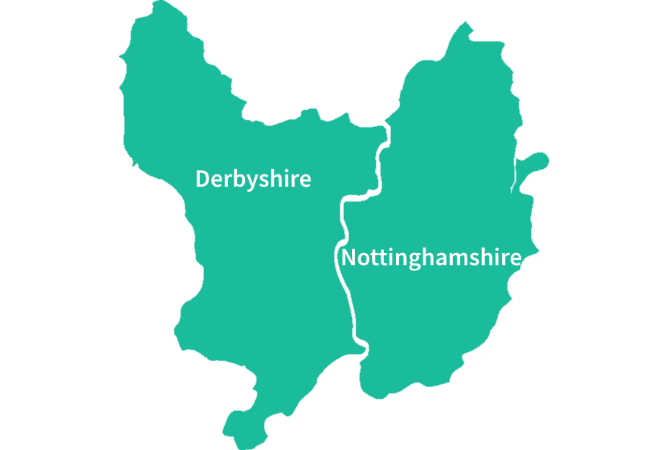 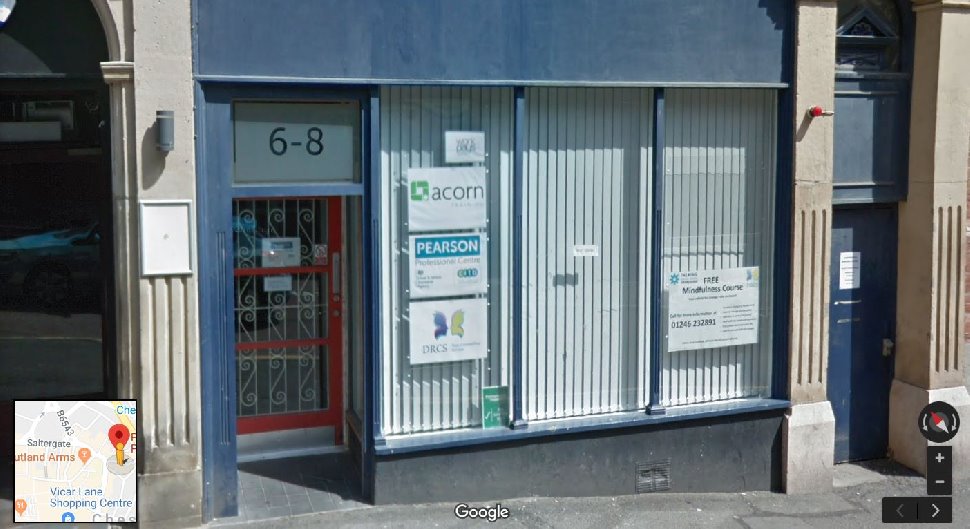 Famed for its crooked spire and Roman heritage, Chesterfield is also home to one of Derbyshire’s two theory test centres. The pass rates here sit just above the national average and the centre itself is very easy to get to via public transport, thanks to its central location. So, there are plenty of good reasons to take your test here!

Let’s start with the transport situation. Arriving by train? No problem. From Chesterfield station it’s a very nifty 5-minute walk to the theory test centre. For those who really want to cut down on the walking, we’d recommend hopping on a bus. You’ll find that the Stephenson Place bus stop is less than 1 minute away from your test. It doesn’t get much more convenient than that!

For those getting a lift to their theory test, it’s a case of entering S41 7TP into a sat nav and hitting the road. The test centre sits just off the busy A61 (Rother Way), so you shouldn’t have much trouble finding it. Parking isn’t available outside the centre itself, but finding a spot nearby is fairly easy. We’d suggest trying the Theatre Lane car park (S41 7TP). It’s very close to the test centre (we’re talking less than a minute!) and will only set you back £2.70 for 2 hours of parking.

Now that you know how to get there, you can get stuck into the important stuff—revision! Browse through the highway code, try some mock tests and have a go at our traffic sign game. Who says studying has to be boring?! 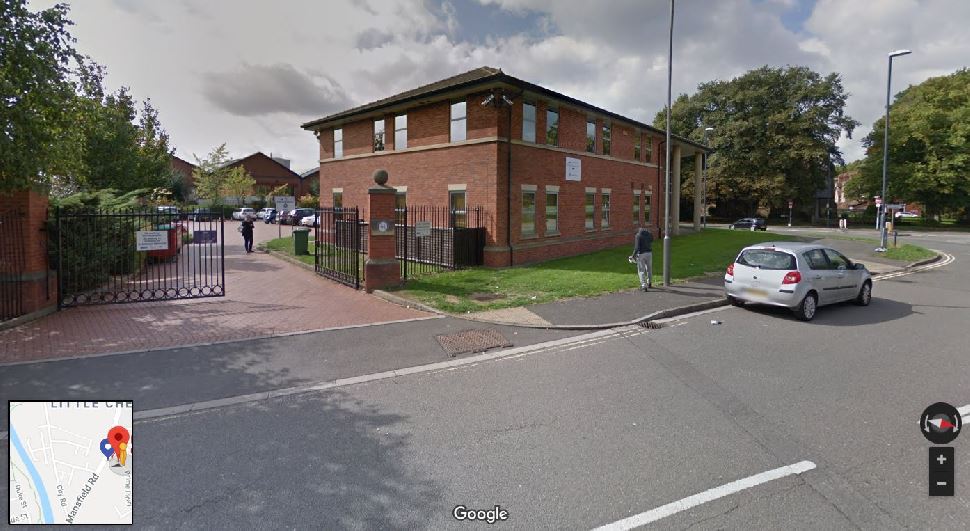 The remaining option for Derbyshire residents is the Derby theory test centre. While the pass rates don’t quite match the national average, you certainly shouldn’t let that put you off. The centre still offers reasonably short wait times and is easily accessible—as long as you pick the right mode of transport.

If you’re from out of town and don’t mind a bit of a walk, you can get to this test centre by train. Once you’ve pulled in at Derby train station, it will take you around 30 minutes on foot to reach your final destination. If that sounds a little much for the old gams, wave down a bus and disembark at the St Paul’s Church bus stop. From here it’s only a 2-minute walk to the test centre.

Managed to nab yourself a lift? Hop in the car and tap DE1 3TT into your sat nav. You’ll eventually find yourself on a large roundabout with St Paul’s Church on your left. Take the exit marked Prime Parkway and the theory test centre will soon appear on your right. Keep in mind that you’ll be driving in city traffic, so try to avoid rush hour and leave plenty of time for delays.

As is the norm, this theory test centre does not provide parking for visitors. No need to stress, though—head to the Parkopedia page for this postcode to find a range of nearby car parks. 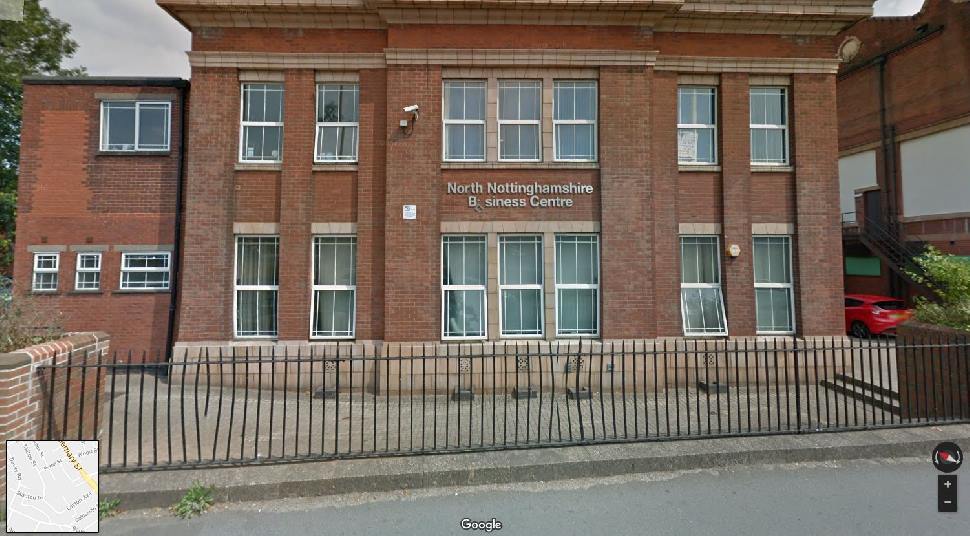 Turning our attention to Nottinghamshire, it’s time to find out a bit more about the Mansfield theory test centre. As you can see in the fact file, wait times are relatively short but the pass rate sits a few points below average—swings and roundabouts!

How about the travel situation? Well, if you’re heading to your test via public transport, get ready for some good news! Mansfield theory test centre is located right in the heart of town, so it’s close to a lot of transport links. Those taking the train will find it’s only a 5-minute walk from Mansfield train station to the theory test centre. As for the bus, both the Union Street and Quaker Way bus stops sit just a couple of minutes away from the centre.

If you’re being driven to the test centre, be careful using the official postcode with a sat nav as it’s slightly off. Use NG18 1RW instead to avoid any confusion. The test centre is located on Rosemary Street, which is just off the A38.

You won’t be able to park at the centre itself (don’t hold this against Mansfield—hardly any theory test centres provide on-site parking), but there are options very close by. You’re best bet for a parking spot will be the Stockwell Gate North car park (NG18 1QN), which is 2 minutes away and charges £2 for 2 hours of parking. 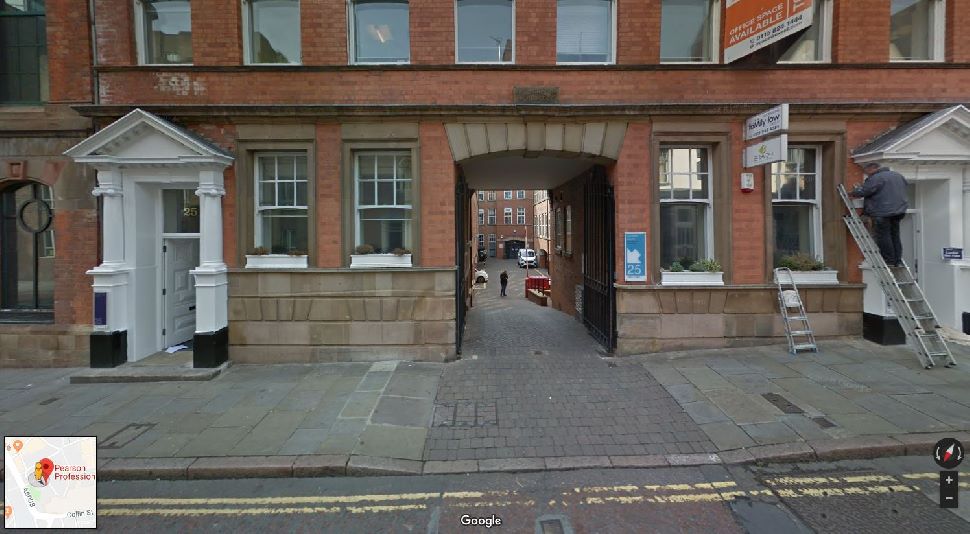 Last up we’re turning to the Nottingham theory test centre. We’ve saved the best for last in terms of pass rates because this city-based locale boasts figures that are just above the national average. The wait times aren’t too bad, either! But first, you have to get there.

If trains are your thing you’ll be pleased to learn that from Nottingham train station it will only take you around 8 minutes to walk to your test. Alternatively, the Maid Marian Way or St Nicholas’ Church bus stops are both a 2-minute walk from the centre. On arrival you may get a bit confused about which building actually houses the test centre. This is because it is actually located in a courtyard that sits slightly behind the road given in the address. Once you find the courtyard, the building is clearly signposted.

Those who are being driven to their test need only enter NG1 7AR into a sat nav and set off. As you’d expect, Nottingham is a fairly busy city, so be prepared for heavy traffic and potential delays. There’s no parking provided by the test centre, we’re afraid, but you can consult the Parkopedia page for this postcode to find the nearest car parks.

In the run up to your theory test appointment we highly recommend that you do some studying for it. You’d be surprised how many people don’t pass first time because they don’t take it seriously! Check out some of our top theory test tips for some revision motivation.

Beyond the Derbyshire and Nottinghamshire theory test centres…

If you’re looking took take your theory test outside of Derbyshire and Nottinghamshire, some of our other essential guides may be of use. Check out the list below for information on theory test centres in other counties…