Combining countless beauty spots with easy access to London, it’s easy to see why Surrey is so desirable. If you’re lucky enough to call this corner of the south east home, getting around by car is the obvious choice. For those who don’t yet have a licence, though, setting about learning to drive is a must. After completing your lessons, the culmination of this journey will take you to one of the four Surrey driving test centres, where you’ll complete your practical. But what are these test centres really like?

In this edition of our Essential Guide series, we’ll introduce you to each of the practical test centres in Surrey. We’ll provide some key stats, including the local pass rate and onsite facilities. We’ll also sketch out the kind of routes you can expect when taking your test here. So, if you’re looking into taking your test in Surrey, be sure to read this guide before setting off.

First up on our list is a test centre that you might not even realise is in Surrey at all: Ashford (London Middlesex). Despite containing the name ‘London’ and the county ‘Middlesex’ in its official name, Ashford (London Middlesex) test centre does indeed lie within Surrey. The slightly overlong name does, however, avoid any confusion with the other Ashford, in Kent.

Lying right on the county’s border with Greater London, Ashford is the most convenient option for towns such as Feltham, Stanwell, and Staines-upon-Thames. It’s also a relative rarity, in that, rather than having to trek out to the outskirts of town, this test centre is smack bang in the middle of Ashford.

Though its convenient location does make it easily accessible, it also means that anyone taking their test here may need to battle through busy conditions. Once you’re out on the road, there are some even more anxiety-inducing road features to get your head around. You may be asked to tackle the Clockhouse Roundabout, or the peculiar Crooked Billet, an example of a hamburger roundabout.

You might think all of this would be enough to throw local learners off their course. Not so. In fact, of the 6,365 tests taken here in 2018/19, 3,120 passed. With an overall pass rate of 49%, Ashford places safely ahead of the national average. Good start, Surrey! 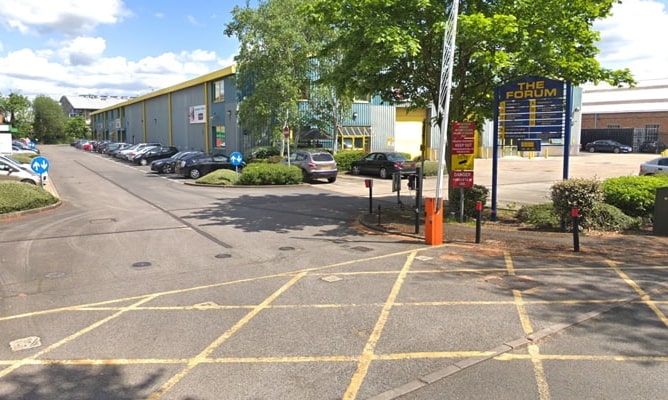 The good news doesn’t stop there, though. That’s because Chertsey was the only test centre in Surrey that saw a pass rate of above 50% in 2018/19. In fact, its 51% pass rate put it well ahead of the national average of 45.8%. Perhaps unsurprisingly, this was also the most popular test centre in the county, with 6,782 tests taken here during the year.

Lying on the outskirts of London, Chertsey serves one of the more densely populated parts of Surrey, including towns such as Walton-on-Thames, Weybridge and Virginia Water, as well as being a good option for candidates in the Woking area.

Given this test centre’s close proximity to Thorpe Park, you may well experience heavy traffic if taking your test during school holidays. Aside from this seasonal influx, you’ll need to be careful on some of the roundabouts in the area, such as those found on the A320. 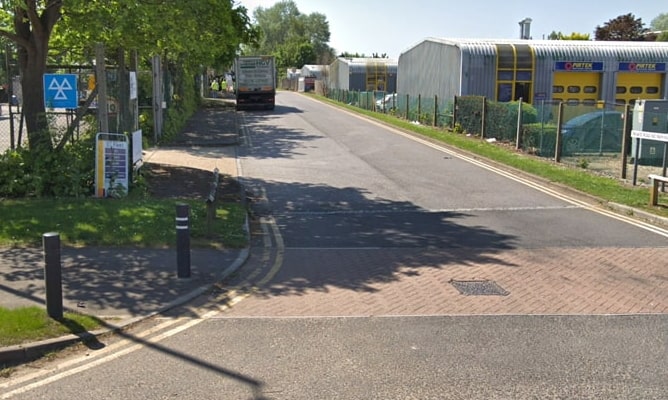 We head slightly further away from the capital now, as we visit the third Surrey driving test centre in Guildford. It should come as little surprise to learn that this can be found in that most popular of test centre settings: an industrial estate. This is a little bit out of the way from the centre of town; you’ll need to drive a couple of miles up the A320 to get here.

When it comes to pass rates, the candidates at Guildford driving test centre managed to beat the national average (you may notice a theme emerging here). In fact, over 3,000 learners got their licence here in 2018/19. Not too shabby!

While the northwestern part of the county may offer learners some choice as to where they take their test, Guildford is the only option in south west Surrey. As such, this test centre serves not only Guildford itself, but an area taking in towns such as Woking, Godalming and Cranleigh.

Interested in finding out what will appear on your test? Well, the A320 we mentioned earlier will almost definitely form part of your route. Your examiner may also choose to test out your dual carriageway skills by taking you out on the busy A3. Complementing these high-speed roads will be a venture into some of the more suburban, residential parts of Guildford, where top-notch hazard perception skills are a must. 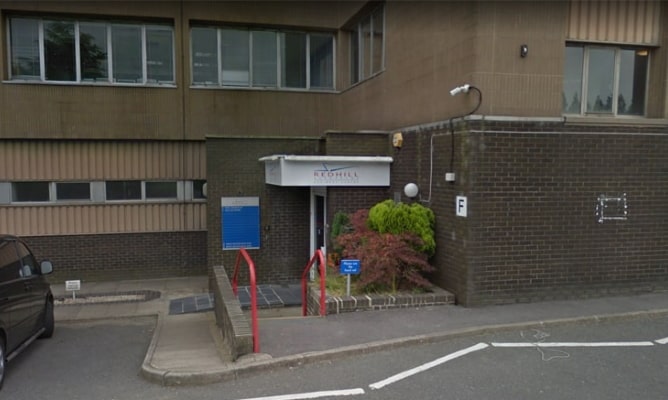 You know you’re in a high-performing area when even the test centre with the lowest pass rate does better than the national average. Yes, Redhill Aerodrome may sit at the bottom of the heap in Surrey, but it’s still far from a bad location to take your test when compared to the country as a whole. So, what more is there to learn about this eastern Surrey test centre?

Well, for starters, Redhill Aerodrome test centre is the newest in Surrey, stepping in to replace the now-shuttered centre in Reigate. As the only test centre in the eastern half of Surrey, it’s the natural choice for learners as far afield as Dorking in the west, Oxted in the east and Horley in the south. Despite its advantageous location, it was actually the least popular venue for driving tests in Surrey in 2017/18, with just under 5,000 tests taken.

Given the environs, your route will almost certainly take in some more rural areas. Here, you’ll need to display a good knowledge of countryside driving—don’t forget to brake before the bend! It won’t all be bucolic splendour, though. You’re also likely to travel into the town of Redhill itself, which is traversed north-south by the often-congested A23. Where this road meets the A25, things get even busier, and The Stations Roundabout is likely to be one of the trickiest parts of your test.

Quieter, more residential parts of town, such as Earlswood, will likely serve as the venue for your manoeuvre. If you need a little help getting ready for this, be sure to check out our guide to the manoeuvres that feature on the driving test.

Whew! That’s the end of our whistle-stop tour of the Surrey driving test centres. Still eager to learn more? Check out the other articles in our Essential Guide series, where we cover Britain’s test centres county by county.