What’s the reason for these long driving test waiting times? There are many contributing factors which we will discuss below. We’ll also touch upon how waiting times affect the likelihood of you passing your driving test and how you can avoid them altogether.

Why are driving test waiting times so long? 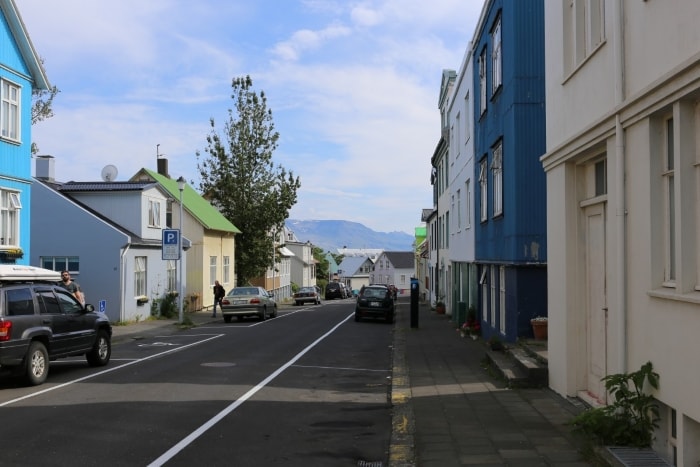 The structure of the driving test has changed as of December 4th. These changes have been the biggest shake-up the test has seen since 2010 when independent driving was first introduced. So, what are you expected to do now?

It’s a lot to take in at once. While the changes are practical and make perfect sense in preparing learner drivers for the real world, it does represent a new kind of challenge for both students and instructors. And, of course, most people are keen on avoiding challenges when they can do something simpler.

You might have noticed that December’s been a busy month for tests. That’s because a lot of people either wanted to get passed before the test changes came into effect, or cancelled their tests because they weren’t ready for the new structure yet. As you can imagine, this sudden surge in applicants has increased waiting times exponentially. While test cancellations still occur—making it possible to find upcoming tests—most people are still looking at long waits. While waiting times will still be relatively long despite the changes having come into effect, we expect them to decrease as we move into January.

Unfortunately, not all driving test centres are adequately staffed. This is because there’s a worrying shortage of examiners. More often than not, a centre will have only a small number of examiners available at any given time. And with some test centres only offering weekday tests, there’s only so many driving tests that can take place in a month. The reason some centres have less examiners is predominantly due to the population density in each area. You might be wondering why examiners don’t just go further afield to under-staffed centres; however, without financial incentives, most examiners don’t see the point.

In fact, there’s been a long record of disagreements between the DVSA and examiners which play into this shortage. Due to the increase in driving test applicants, test centres are vastly over-subscribed. This means that examiners are often expected or asked to work for longer hours on the same pay in order to keep up. With budget cuts following the financial crisis, the DVSA can’t offer pay rises—and without pay rises, many examiners are unwilling to go above and beyond their station. This is why the much sought-after weekend tests are so rare.

If that wasn’t enough to contribute to the shortage of examiners, there’s also the lack of new blood. When examiners reach retirement age, there’s a lack of new examiners coming in to replace them. With cases of examiner abuse on the rise, it’s not hard to see why this is. As you can imagine, this can lead to a dramatic increase in waiting times at certain test centres. 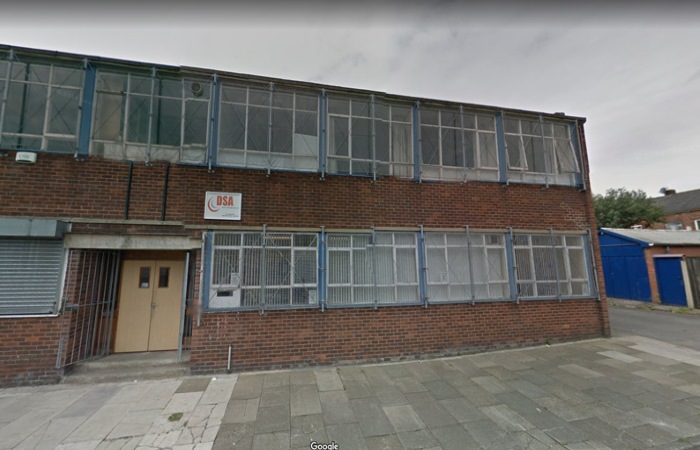 The shortage of examiners and budget cuts also plays into this particular factor. If you’ve looked into booking your own driving test, you might have noticed that your area potentially has more than one driving test centre. If this is the case, you’re pretty lucky—it’s much easier to avoid long driving test waiting times if you have more test centres to apply to in your local area. Some areas, however, only have one test centre nearby. But this hasn’t always been the case.

In the past few years, there’s been a sudden increase in the number of test centre closures. So instead of having, say, three test centres in your local area, you’re looking at one or two. This limitation of local centres to choose from can vastly increase your waiting time. So why is this?

As we’ve discussed in the above section, there’s a shortage of examiners which doesn’t meet the high demand in driving tests. Consequently, some test centres find themselves stretched thin—made worse by budget cuts. The easiest solution, therefore, is to close a centre down and move staff to the closest alternative centre. For example, the number of Greater Manchester test centres has recently shrunk, with a number of staff moving to Chadderton test centre following the closure of Failsworth test centre. And that’s not all. A number of tests in Salford will have to be moved to Cheetham Hill test centre with the temporary closure of Salford Fire Station test centre from December 19th.

We don’t mean to turn this article into a DVSA witch hunt. However, it can be an incredibly dispiriting experience to find, after all your practice and hard work, an email arrive in your inbox from the DVSA notifying you that your test has been cancelled.

Cancelled tests are worryingly common in the UK—in 2016/17, there were a whopping 78,848 cancelled tests according to figures from the DVSA. There are plenty of reasons why these cancellations occur, with some of the most common including:

Of course, there’s not much you can really do if an examiner is unwell, on strike, or has to attend to an emergency. Though, if your test is cancelled on short notice, you might be able to make a test cancellation claim. The end result, however, is the same: you end up waiting longer for tests. In fact, in many instances, your test may be pushed back by months. Wondering what will happen if your test is cancelled due to bad weather? See, will my driving test go ahead in the snow?

In some cases, meanwhile, learner drivers end up cancelling their own test. Most of the time, this won’t have a major impact on the availability of driving tests as a whole—after all, if you cancel your appointment, then it’s free for someone else to grab. However, in some cases, learner drivers inadvertently “cancel” their test by turning up at the wrong time, at the wrong test centre, or simply forgetting to bring their provisional licence. When this happens, it’s simply too short notice for someone else to take advantage of the spare test, meaning that it goes to waste.

When you take into account the staggering number of people looking for tests, it’s of no surprise that driving test waiting times are so long. What’s most notable, however, is that not everyone looking for a driving test is doing it for the first time.

Following on from the previous section, when students cancel their driving tests—due to fault of their own or otherwise—they will inevitably have to look for another test time. This will, of course, increase the waiting times for other learner drivers as well. Unfortunately, there’s not much that can be done about this—especially when it’s due to circumstances that are out of your control. We can, however, advise students to make sure cancellations are never due to personal error. Once you’ve booked a test, make sure you take note of the time and don’t forget to bring your provisional licence on the day.

Another reason for re-bookings is due to students failing their driving test. Unfortunately, this is rather common. As we covered in the top 5 reasons people failed their driving test, there’s a lot to polish up on before you take your test. No matter if you fail due to a small error or a big mistake, you’ve still got to go back to the start when looking for another test. As you can imagine, these re-tests contribute much to the long driving test waiting times.

How will long driving test waiting times affect me? 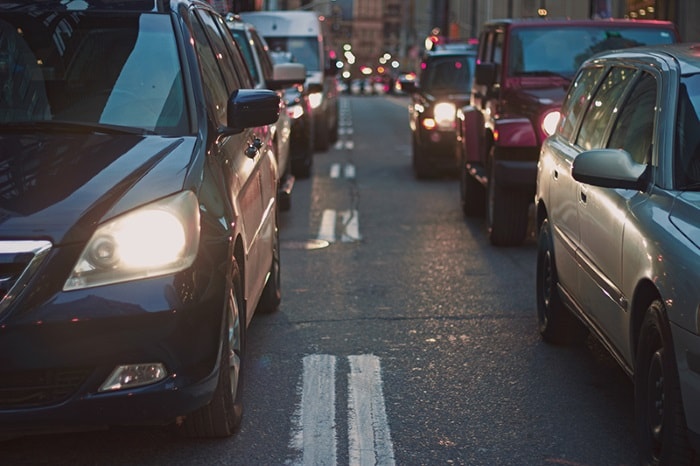 Now you know what factors contribute to long driving test waiting times, you might be wondering how this will affect you specifically. If you’re looking to get passed as soon as possible, you’re looking at waiting for several weeks or even up to 3 months.

And if you’re not too bothered about how soon you take your test? If you’re not in too much of a rush, you might still encounter problems. Waiting a long time for your practical test can negatively impact your chances of passing. If there’s a long gap between your lessons and your test, you won’t be completely test-ready. After all, your knowledge is likely to fade if it’s been too long since your last lesson.

Additionally, your theory test pass certificate only lasts two years. After it expires, you’ll have to take your theory test again—if you haven’t passed yet, take a look at how to pass your theory test. You might think that two years gives you plenty of time. However, if you factor in the time your lessons will take and how long you’ll be waiting for your test, that two-year period doesn’t seem quite so lengthy. This is especially the case if you’re unlucky enough to fail multiple times.

So, what can you do about it? Take a look below… 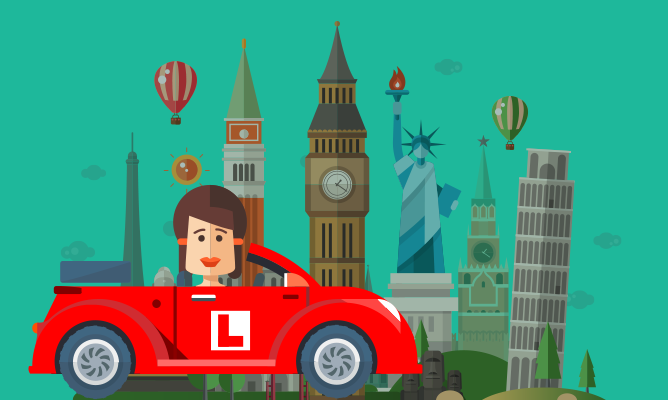 As you might expect from the name, PassMeFast is all about speed. Learner drivers want to get on the road as soon as possible, and that’s where we come in. Instead of traditional one-size-fits-all lessons, we offer nine different courses tailored to learners with all levels of experience—from 5 hours to 20 hours to 48 hours. These courses can be taken intensively or semi-intensively—you could be done in a matter of weeks or even days.

If that wasn’t enough, long driving test waiting times are a thing of the past with PassMeFast. Why is this? Our courses all come with a fast-track practical test which means you no longer have to worry about DVSA waiting times. Your course fits around your own schedule, eventually leading up to your practical test. With our grade A and B instructors, you don’t have to worry about slipping up before your practical—you’ll usually have your last lesson directly before your practical.

PassMeFast covers a wide range of areas across the UK. You could book your test from any of our covered areas and be on the road in as little as two weeks! So, don’t worry about long driving test waiting times—book your course online or give us a ring on 0333 123 4949 to take one step closer to getting on the road. Not sure which course is the right fit? Take a look at 5 reasons why you should take a course assessment.