Ah, the practical driving test. Nothing quite strikes fear in the heart like someone closely judging your first driving mission without your friendly instructor (though you have a choice with this one) or relative present. We’re not going to lie, it can be a nervy 40 minutes in that car. Don’t worry too much, though—your adrenaline will get you through and the sense of achievement when you eventually pass is hard to beat.

It’s only a quick drive around your local area, after all. What could possibly go wrong? Well, as it turns out, quite a lot, actually! Again, we’re sure you’ll be fine. But a few select people really like to leave an impression when they hop into the driver’s seat.

When we began our search for bad driving test experiences, a few classics kept cropping up. A surprising number of people mistake the examiner’s knee for the gear stick (awkward). Quite a few found themselves slamming down on the accelerator rather than the brake during the emergency stops (terrifying for everyone involved). Plus, of course, there’s the numerous myths about learners being unsure as to whether they’re expected to keep driving if a cat or dog runs into the road (just don’t, OK?). And these gems didn’t even make our shortlist!

From the funny to the downright scary—we’ve scoured the web for the most spectacular driving test horror stories. Rest assured that you’ll be hard pushed to mess up as much as some of these folks did. Enjoy! 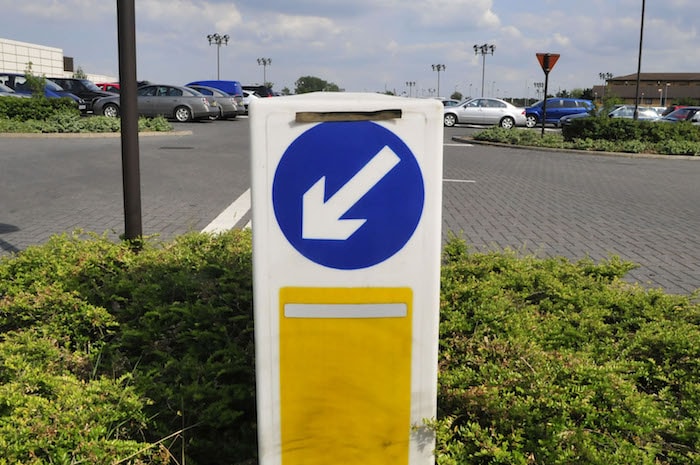 We kick off our list with the poor chap who managed to fail his test within 5 seconds of setting off. Yes, you heard right. Nerves got the better of this young Scotsman and he actually drove out of the examination centre on the wrong side of the road. Not the best start and, understandably, an immediate fail. Here’s how he described the incident:

I was only just leaving the centre to get out. We were literally just 5 seconds into it (…) I was approaching the junction to exit it and I had an absolute mind blank, questioning in my head: ‘What side of the road do we drive on?’ (…) I had a 50/50 chance, and I chose to exit in the right lane. Instant fail (…) I hadn’t even left the test centre car park.

Oh dear. Impressively, he still managed to summon the courage to continue the test (despite knowing he’d failed), which is exactly what we recommend for a number of reasons. Kudos to him for that, at least! 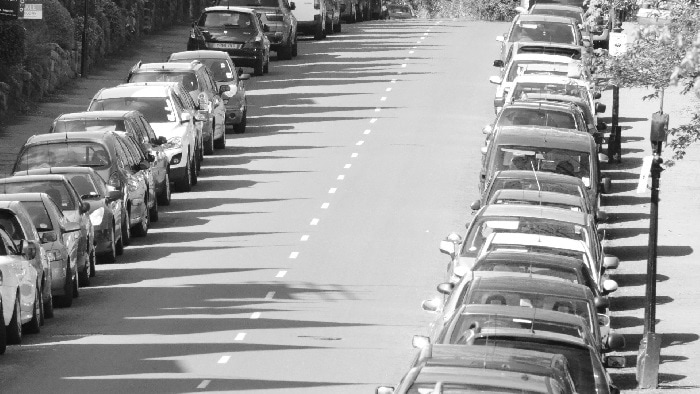 Do you ever get that feeling, when stuck in a particularly awful traffic jam, that you may never get home? You start rearranging plans and calculating how long you’d survive on the snacks left dotted around your car. Well, for one young woman, this scenario nearly became a reality. Thankfully, the examiner took pity on her:

I thought a line of parked cars was a line of traffic, waiting for the traffic lights to change. After seven excruciating minutes of waiting, the instructor asked me to drive around the parked cars.

Talk about being extra cautious! 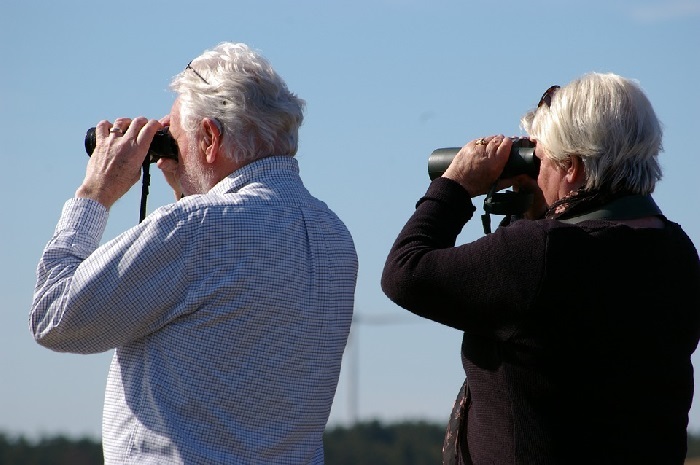 We’ve all managed to lose the car in Tesco car park, but imagine not being able to find your car when you’re meant to be leading the examiner to it! Apparently, this is more common than you might think. According to one examiner, quite a few people actually fail because they can’t remember where they parked up.

You might say to them, ‘perhaps you could show me where your car is parked’. And they couldn’t find it, or else by the time they did manage to find it so much time had elapsed that it was too late.

Now we know finding a parking spot can be tricky these days, but surely you’d leave it somewhere near the test centre!

Spare a Thought for the Examiners

Now we’re going to take a quick detour into the not-so-funny but definitely horrifying driving stories. Just last year, the DVSA highlighted how driving tests can be a nightmare for both students and examiners. Obviously, not everyone will pass first time, and some people don’t exactly take it well. Examiners have been attacked, held hostage in the car, and one assessor was even told: “start running… because I’m going to mow you down.” Scary stuff!

A recent BBC article covering this serious issue described a number of distressing incidents, including:

A learner who screamed profanities at an examiner and on returning to the test centre started hitting staff cars with a traffic cone causing considerable damage.

And, in a completely separate event:

While an examiner was out on another test, a candidate who he had failed previously did not believe the assessor was not there and attempted to break the door down using a fire extinguisher.

So, while the prospect of taking your first driving test may seem terrifying, sometimes the examiners themselves have reason to be nervous! If you do fail, please don’t take it out on the assessor—they’re just doing their job.

For Everything Else There’s Mastercard

The bad behaviour of some learners during driving tests has seen them hauled in front of a judge! Jin Su of Manchester, having failed 4 tests already, decided to whip out an envelope of cash in the middle of her 5th attempt. Explaining to the examiner, “this will be good for you – and for me”, Su grew angry when he refused to accept her bribe. The test was terminated and she proceeded to attack the examiner.

All of this landed her 50 hours of community service, a hefty fine and, oh yeah, still no driver’s licence. Practice beats palm-greasing, people! 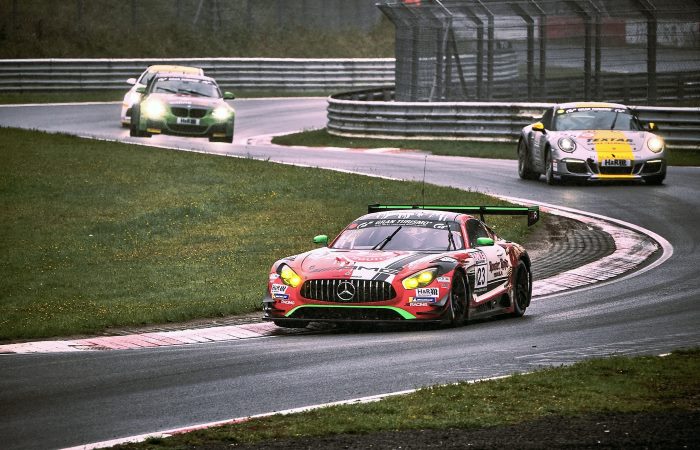 It’s really important that, before you head off to the test centre, you’ve made sure you’re test ready. All that theory learning (spending hours poring over the many theory test revision resources out there) and the lessons spent with an instructor are vital to ensuring you’re a confident and capable driver. It’s also important that you base your driving knowledge on real-life experience, rather than the movies. Case in point:

I failed my test the first time because I thought the way to overtake was to zip in and out of traffic like in a car chase. The only background knowledge I had was based on James Bond, so I blame the movies! Looking back, I can definitely see why it was so important for me to take more lessons. 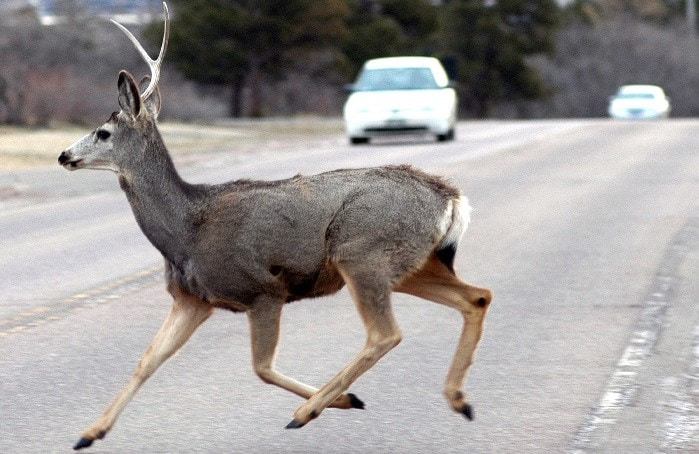 The jury may be out on the correct procedure for dealing with cats and dogs in the road, but with larger mammals, you may not have a choice! Poor Tom Lo found this out the hard way. He was taking his test near Colchester when an unexpected visitor gave him quite a fright:

I was picking up speed because it was a 60mph zone and all of a sudden I see a deer in front of me. So I hit my brake but unfortunately the deer was killed. I pulled over after the incident and my driving instructor had a look at the car (…) said there was nothing he could do.”

We’re sure the ill-fated animal had no ideer (sue me) what it was getting itself into—here’s hoping it was a fairly quick and painless end. On a lighter note, Tom was able to continue with the test and passed. What a trooper! 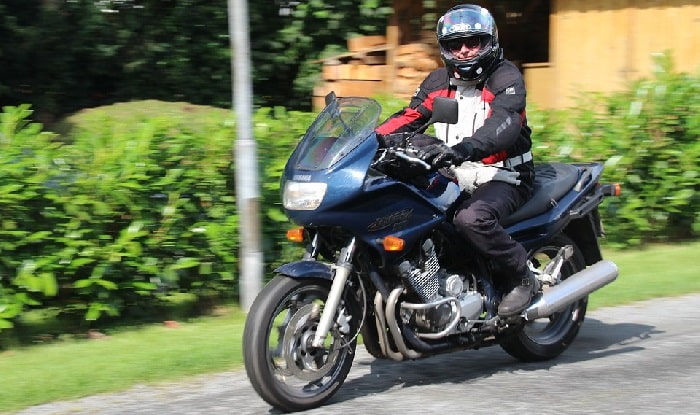 We may all be guilty of having a wandering eye now and then (well, some of us anyway) but your driving test really isn’t the time to start looking for your next partner. We don’t care if Ryan Gosling is walking down the street—your focus needs to be on the road ahead!

It turns out not everyone has this level of self control. Check out one woman’s excuse for failing her test:

A ‘good looking’ man on a motorbike caught my attention while I was driving, and without realising, I started to drive directly towards him. The instructor had to enforce an emergency stop as I nearly hit the man on the motorbike. I then blamed it on my bad eyesight!

Maybe we’re just being old-fashioned, but hitting someone with your car is unlikely to be the start of a blossoming romance. Hopefully this learner’s still taking the bus while she works on her concentration skills!

So, next time you feel anxious about your driving test, just breathe a sigh of relief that these incidents happened to other people. We also have plenty of advice on how to calm those nerves before the big day. First things first, make sure you have everything important kept in a safe place. There’s information on what to do about a lost provisional licence, should disaster strike!

If you’re curious about the average number of tests people take before passing, or whether you’re more likely to pass on your second attempt, it’s not as straightforward as you might think. No need to worry about beating the statistics, then! And if you’d like tips, check out the top 5 ways to impress your driving examiner.

If you are fretting—just take a look around. All the vehicles on the road and all those parked cars belong to people who have been in your exact situation. Passing your driving test is like a right of passage. Pretty much everyone’s done it, or will do it someday. Trust us, your test experience won’t be a horror story! If you want to any issues after you’ve passed, however, you’ll want to check our young driver insurance guide to make sure you’re covered to drive! For more excruciating driving stories, check out our list of shocking driving records.

To stay up to date with the latest driving news and tips, keep checking in with the PassMeFast Blog!