Anyone who’s ever received a cancellation email from the DVSA will know the sinking feeling it brings. You’ve put in so much hard work, prepared for your driving test and gone through some serious nerves—all for your driving dreams to be put on hold. Unfortunately, this isn’t a rare event. In fact, cancelled driving tests are an unfortunate reality for thousands of learners every year.

In 2017/18, the DVSA cancelled more tests than in any year since 2010/11: almost 100,000. But why did this year see so many cancelled driving tests? We looked into new statistics from the DVSA to get to the bottom of it. Read on for the scoop!

Whilst there may be as many individual reasons for cancellations as there are cancelled driving tests, the DVSA simplifies them down to just four key reasons. They are:

At this point, it’s also worth noting that we’re not looking at tests which learners cancel themselves. Firstly, these statistics aren’t available from the DVSA. More importantly, however, a learner cancelling their appointment has no impact on the overall number of tests available. That’s because, once they cancel their test, it becomes available for others to book.

Leave, disputes, acts of nature and medical absences, meanwhile, all reduce the overall number of available test appointments. The impact of this is two-fold. The most notable impact is on the learner who had booked the test, as their plans are thrown into disarray and they must now seek out a new test. However, cancellations also have the broader impact of increasing pressure on the system and further increasing the long driving test waiting times.

So, which of these reasons caused learners the most anguish in 2017/18? Let’s take a look at the stats for each of them. 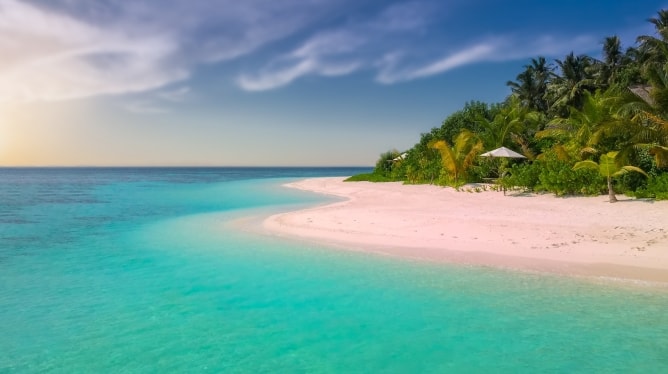 As is the case with all four of the DVSA’s cancellation categories, leave spans a broad range of individual cases. Many of these are annual leave—in other words, an examiner taking a well-earned holiday. Given the often stressful conditions driving examiners face, we can’t really begrudge them this!

This category also includes special leave. Examiners taking special leave may do so for domestic reasons, including bereavement, caring for children or relatives, compassionate grounds, or personal emergencies. Non-domestic examples of special leave include jury service, witness duty and other civic activities. 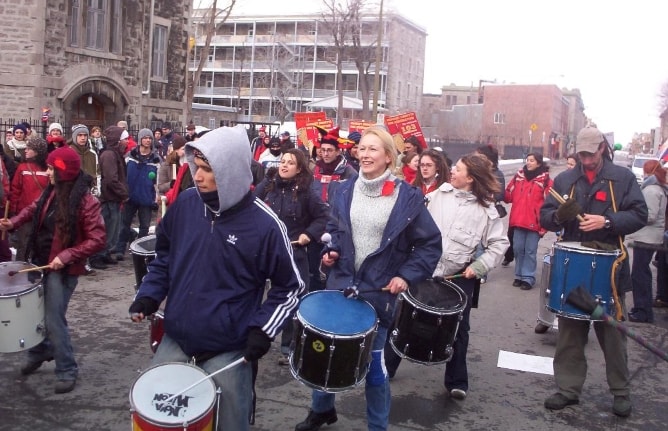 Cast your mind back to December 2017, when the driving test went through some major changes. The introduction of sat navs got the most column inches, though new manoeuvres and a change to show me, tell me questions were also on the cards.

You may also remember, however, that not everyone was pleased with the new test. Here at the PassMeFast Blog, for example, we published our instructors’ opinions on the driving test changes. Driving examiners, however, were even more vocal, with many going on strike over the test changes, with a new “flexible” working regime also factoring into their decision.

The driving examiner strike certainly generated plenty of media attention. However, its effect in terms of cancelled driving tests was lower than initially expected. Disputes were the cause of 679 cancellations during 2017/18 (0.7% of all cancellations), with 632 of these in December 2017.

Though this figure represented a sharp increase on the 2016/17 total of just 5 tests cancelled due to disputes, it was far below the monster 10,429 cancellations in 2015/16. Indeed, the DVSA claimed that the strike had little operational impact, with 92% of tests going ahead as planned. 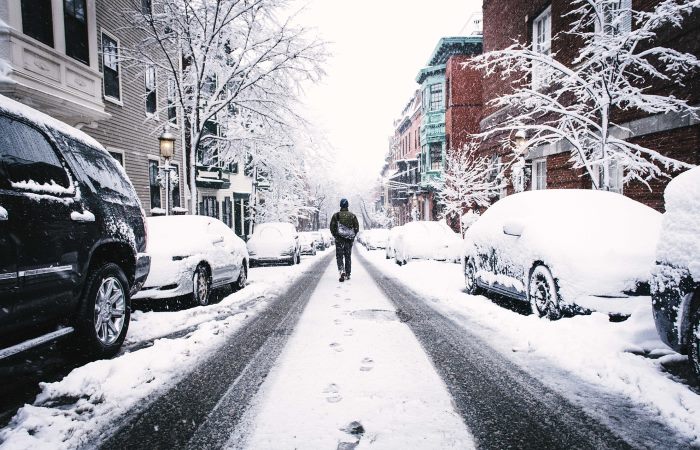 While we’re on the subject of last winter, there’s one subject we can’t possibly leave out: the weather. The winter of 2017/18 saw some of the harshest conditions in recent years, with snow continuing in many parts of the country until March.

This brings us onto our next cancellation reason: acts of nature. This rather dramatic title refers to all manners of inclement weather conditions, including ice or slush on the roads, flooding, thick fog with low visibility, and high winds. In such conditions, there is a real risk of an accident on the road—even for experienced drivers! As such, conducting tests is simply not worth the risk.

The number of cancelled driving tests due to acts of nature is highly variable from year to year. As you may expect, figures spiked this year, with 39,808 tests cancelled because of acts of nature—39.9% of the total. In years where wintry conditions were held at bay, meanwhile, this figure has been as low as 6,927. Fingers crossed for a milder winter this year, if only for candidates’ sakes! 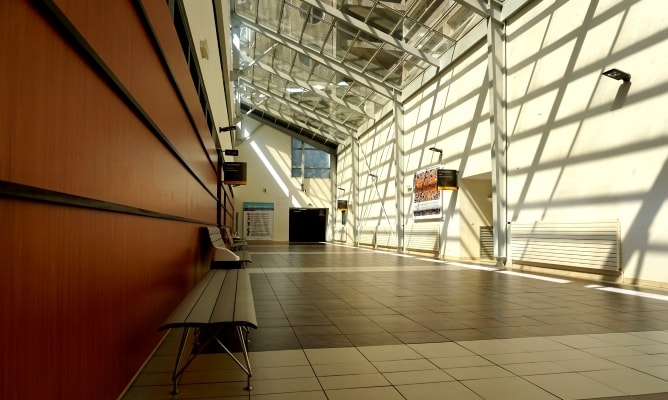 All of us will need some form of medical care at various times throughout our lives. The category of medical absences encompasses these reasons, including appointments at the hospital, dentist, physiotherapist or GP. It also includes occasions where the examiner is unwell and unable to make it into work.

Illness affects all of us at one point or another. As a result, it’s unsurprising to see that medical absences account for the lion’s share of cancelled driving tests: 42,800 in 2017/18, or 42.9% of the total.

Cancellations were driven up in 2017/18 due to a well-publicised examiner’s strike, alongside a prolonged period of wintry weather. But how did it compare to other years?

Luckily, when the DVSA released their annual stats for 2017/18, they also provided cancellation statistics for every year dating back to 2010/11. You can see them in the table below.

As the table shows, 2017/18 saw the most cancelled driving tests since 2010/11. Unfortunately for learners, the recent trend has shown an increase in cancellations every year since a low point in 2013/14.

It’s also clear to see the dramatic variation in disputes, which peaked in 2015/16, and acts of nature, which spike in years with snowier winters. More surprising, however, are the variations in leave and medical absences, which both hit lows in 2012/13.

More evidence of the seasonal nature of these trends can be found by digging into the monthly trends from 2017/18. The driving examiner’s strike is clear to see here, accounting for 93% of all tests cancelled due to disputes during the year. Meanwhile, the extremely high cancellation figures for December and March show the severity of the snowstorms in those months.

Test centres with the most cancellations

We’ve talked at length about how seasonal variations and one-off events can have a huge impact on learners’ lives. However, anyone who’s read up on driving test pass rates by area knows that where you take your test is important, too.

Interestingly, the urban/rural divide which is evident in pass rates also rears its ugly head in cancellation statistics. We took a look at which test centres saw the most and fewest cancelled driving tests in 2017/18, and found some interesting results.

The test centres marked in red on the map above were in the top 10 for most cancelled driving tests. Unsurprisingly, these are all located in and around big cities. Cardiff’s Llanishen test centre takes an undesirable first place here, with 1,362 cancellations in 2017/18. Meanwhile, five London test centres made appearances in the top ten, joined by nearby Basildon. Finally, two Birmingham test centres and Hull rounded out the list.

Meanwhile, it didn’t come as a particular shock to learn that the test centres with the fewest cancellations were all found in rural Scotland. You could argue, however, that these test centres have an unfair advantage: many of them conduct very few tests to begin with, so there’s quite simply less that could possibly go wrong. You can see the best and worst performing test centres in text format below.

① What happens if the DVSA cancels my driving test?

In the unfortunate event that your test gets cancelled, you’ll receive a cancellation notification from the DVSA via email. This email also will give the reason for the cancellation, such as bad weather or the examiner no longer being available.

② I’m not happy with my new test appointment. Can I change it?

Luckily, the answer is yes. You can either change the date of your test yourself by visiting the DVSA website, or come to a company such as PassMeFast, which offers a fast-track practical test service.

Using a fast-track service means you can save plenty of time searching for a new test, which is often a time-consuming activity. Better still, it can also change your practical test to take place weeks or even months earlier!

③ The weather is pretty bad outside—could my test be cancelled at short notice?

Unfortunately, yes. There’s a good reason for this: if weather conditions make the roads unsafe, then running driving tests could put the lives of you, your examiner, and other road users at risk. It simply isn’t worth it.

If you’re worried about the weather affecting your test, you have several options. The first is to simply keep an eye on your email and check whether you’ve received any cancellation notifications.

④ I went to my test centre only to find my test was cancelled. What can I do?

Not only is this situation extremely frustrating, but you could also have wasted both time and money making your way to the test centre when you didn’t need to. Fortunately, under certain circumstances, you may be able to claim that money back.

The DVSA offers out-of-pocket expenses to candidates who’ve had their test cancelled. You can claim for your instructor’s hourly rate of pay, the cost of travelling to the test centre, and any loss of earnings, amongst other expenses. You’ll need to provide supporting evidence for your claim. You can find the claim form alongside full details of what you can claim and how to apply at the gov.uk website.

Please note, however, that the DVSA does not typically pay out-of-pocket expenses when tests are cancelled at short notice due to inclement weather. You are usually only eligible to make a claim when your test is cancelled due to an examiner being unavailable.