As the old adage goes, it’s not the destination that matters, but the journey. It’s for this reason that so many of Britain’s roads have attained iconic status in and of themselves. One of the most notable such routes is the Snake Pass.

Traversing the Pennines between the northern cities of Manchester and Sheffield, the Snake Pass inspires admiration and trepidation in equal measures. In this guide, we’ll travel this famous road from end to end, enjoying breathtaking scenery and learning its history. We’ll also explore why, despite its well known dangers, the route remains eternally popular amongst drivers and cyclists alike.

For those unfamiliar with the Snake Pass, we’ll start with a quick look at the location of the road. Though its primary role is to link cities in Greater Manchester and South Yorkshire, the road lies entirely within Derbyshire.

The starting point of the road is just to the east of the town of Glossop, just inside the boundaries of the Peak District. The Snake Pass remains within the national park for the entirety of its route, adding to its attractiveness as a scenic drive.

From its origin, the road then cuts a southeasterly path through the Pennines. Along the way, it passes just to the north of Kinder Scout, the highest point in the county. The start of the route sees drivers climb to a maximum elevation of 510 m (1,680 ft) close to the point where the Snake Pass crosses the popular Pennine Way walking route.

After this, the road ahead is largely downhill, as it winds its way through forested areas between the region’s peaks. For much of the second half of its route, the Snake Pass follows the course of the nearby River Ashop as it flows towards Ladybower Reservoir. It then runs directly along the north shore of the reservoir, before finally reaching its end point at the Ashopton Viaduct.

The Snake Pass and the A57 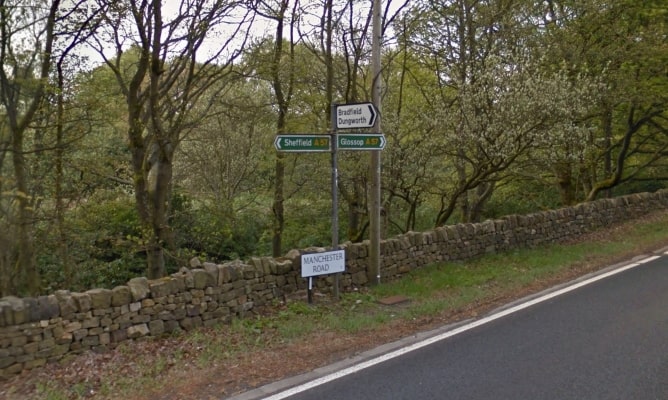 Running for around 11 miles through the Peak District, the Snake Pass forms one section of the much larger A57. One of the major east-west A roads in northern England, this route starts in the centre of Liverpool, close to Lime Street station.

On its way eastwards, it passes through Knowsley, St Helens and Warrington before entering Greater Manchester. For part of its stretch in Manchester, the road becomes a motorway. Here, it takes on the official title of the A57(M)⁠—or, more popularly, the Mancunian Way. Along the vast majority of its route, however, the A57 is a single carriageway.

After travelling through Tameside and Glossop, we reach the Snake Pass itself. Further along, the A57 meets the major city of Sheffield and the north Nottinghamshire town of Worksop. To the east, it shares part of its route with the A1, before resuming the A57 title as it reaches its end point in Lincoln.

History of the Snake Pass

While earlier walking routes had existed on the passes of the Dark Peak, the modern road has its origins in the early nineteenth century. The brainchild of legendary engineer Thomas Telford, the Snake Pass was to be a toll road linking Glossop to Ashopton. Parliament approved its construction in 1818, and the road opened to the public in 1821. Tolls continued to be collected on the road until 1870.

Though initially advertised as the ‘Sheffield to Glossop Turnpike’, the road continued on only to Ashopton. The viaduct that today links the area to South Yorkshire was constructed much later, opening in 1945. Nonetheless, the Snake Pass remained the primary route for drivers travelling between Manchester and Sheffield until the 1980s, when the A628 (Woodhead Pass) superseded it. Surprisingly, given their size and close proximity, there is still no motorway linking the two cities.

Over time, the road has suffered as a result of harsh local weather conditions, with heavy snowstorms regularly blanketing the route. Rain over the Pennines has also affected the Snake Pass, with the road needing regular maintenance due to subsidence in the area.

Built to serve as a link between two major cities, the Snake Pass still serves as a daily commuting route for motorists travelling between the Sheffield and Manchester areas. However, it’s also become something of a destination in its own right. It features highly on virtually every list of top driving roads in the country. (Even we couldn’t resist putting it first on our rundown of great UK road trips!)

Part of the attraction here is its difficulty. It’s especially popular amongst cyclists, with a sharp incline at the start of the route followed by a long, scenic descent. For this reason, it features often on professional cycling routes, such as the Tour of Britain. Likewise, motorcyclists particularly love the downhill thrills when heading into Glossop.

Of course, a tricky terrain would be nothing if not accompanied by some stunning views. Thankfully, this is one area where the Snake Pass delivers in spades. Traversing the very heart of the Dark Peak, anyone lucky enough to visit the area will be treated to spectacular views over the surrounding hills. On a clear day, drivers can even see as far as Manchester, as noted by Auto Trader when they dubbed the road one of England’s best.

If, though, for you, getting out and about means getting away from the vehicle, then there’s certainly no shortage of things to do around here. As well as the aforementioned Kinder Scout and Pennine Way, there’s also the Doctor’s Gate walking route to tackle, which runs close to the western end of the Snake Pass. Towards the Ashopton end of the road, there are countless walking routes surrounding Ladybower Reservoir, featuring natural beauty alongside colossal works of engineering. 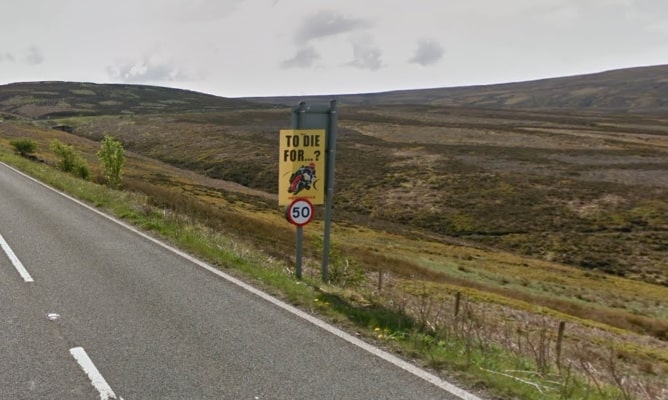 While the Snake Pass attracts thousands of tourists year after year, it remains a tough challenge for any driver, rider or cyclist who chooses to take it on. For starters, lying as it does in the Peak District, the area sees frequent severe weather in wintertime. Ice on the road is not uncommon in this season, which can be particularly dangerous when taking into account its many bends and steep elevation.

As the road is no longer considered the primary route between Sheffield and Manchester, authorities often close the Snake Pass during snowy periods, when the road is unlikely to be gritted. When road closures are in force, do not attempt to travel the Snake Pass, even if driving with winter tyres.

Outside of winter, there’s still plenty of reason for motorists and bikers to pay close attention when crossing the Snake Pass. Though it doesn’t feature amongst Britain’s most dangerous roads, the route is replete with tricky bends and blind summits. Even in warmer seasons, harsh weather conditions may arise suddenly, and foggy conditions can severely restrict visibility.

For those behind the wheel, one of the key messages is to stay aware of the possibility of cyclists and motorcyclists, which may emerge around hidden bends and attempt to overtake via filtering.

Meanwhile, a specific campaign also exists targeting bikers, with Shiny Side Up‘s distinctive yellow signs dotting the landscape. The ‘To Die For’ signs urge motorcyclists to reduce their speed on dangerous roads, while other notices also encourage them to overtake safely.

That just about covers everything you need to know about the Snake Pass! This is a road that requires particular care and attentiveness on the part of any motorist or cyclist who takes to it. However, it can also be incredibly rewarding. With astounding views and countless leisure activities, this is one road any driver should take to at least once!

Keep your eyes peeled for further additions to our Iconic Roads of Britain series, where we’ll profile some of the nation’s best driving routes. See you next time!