We all know us Brits like to have a good moan about something every now and then. One of the most reliable sources for our gripes is the experience of driving on Britain’s roads. But maybe we shouldn’t be so quick to complain. In an effort to create a more positive attitude for the new year, let’s get a little bit of perspective on things. We may be dealing with potholes, potty-mouths and parking nightmares, but some city-dwellers face cattle, alarmingly lax driving laws and even bat-wielding drivers!

It’s worth noting that we can’t get too superior here—many UK cities rank highly for negative attributes. Take our very own Manchester, for example, which according to a recent study of numerous world cities, ranks 5th worst for air pollution. Plus, we all know about congestion levels in cities like London and Birmingham. Not all of our moaning is unwarranted, then! Nevertheless, new and experienced drivers alike will be pleased to learn that our issues pale in comparison to the conditions some other countries have to put up with. 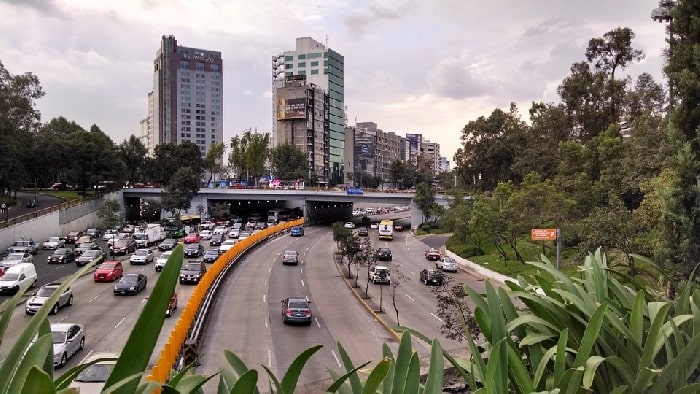 There’s nothing worse than being stuck in a never-ending traffic jam, so spare a thought for those commuting to Mexico City. According to the TomTom Traffic Index, the city has a 66% congestion level, with people spending an extra 59 minutes on the road due to traffic. Peak times can even see drivers’ journeys lengthened by 101%!

This issue is often attributed to a lack of decent public transport combined with a love of cars. For us, spending that much time in them would probably reduce our affection for the trusty automobile. Apparently not the case, here. There’s a whopping 6 million cars (slowly) navigating the roads of Mexico City. The M25 doesn’t look so bad now, does it?!

Driving can be incredibly frustrating sometimes, but allowing your emotions to get the better of you will only exacerbate the situation. We’ve all muttered the odd swear word when another car cuts us off. We may even conduct a lengthy and impassioned (and thoroughly convincing) one-sided argument from the comfort of the driver’s seat. But in some cases, these brief outbursts can turn very nasty indeed.

St Petersburg has been the location of some particularly savage road rage incidents. Take the altercation that escalated into a three-way fight involving the use of a hammer and baseball bat. Or how about the driver who had his windscreen bashed in with a golf club for beeping at another vehicle. It’s not surprising, then, given the intensity of these episodes, that the Russian city ranks highest for road rage, according to German car company Kfzteile24. We’d take an angry New York cab driver or peeved Parisian over these guys, any day! 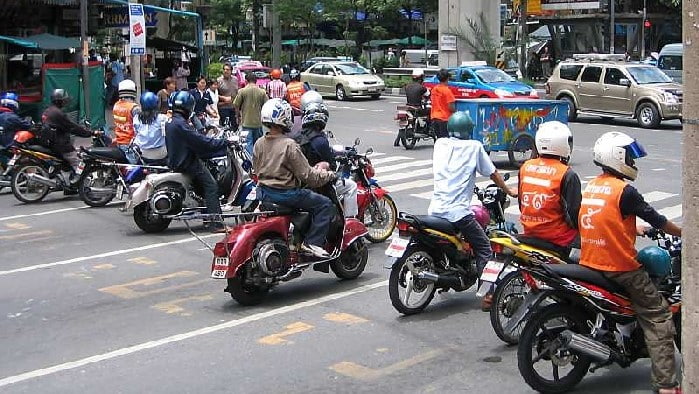 What do you get when you mix confused tourists, excitable gap-yearers, a range of vehicles and busy commuters? Nope, it’s not an entertaining new game show launching on Channel 5. It’s actually a worryingly high number of road injuries.

Bangkok may have a good highway system, but around the inner city and smaller villages, signs can be incredibly confusing and people do not leave as much room between vehicles as you may be used to. Those riding motorbikes are a major problem in terms of reckless driving and road accidents. They weave between traffic at high speed and often go where they please, regardless of what’s happening around them.

The World Health Organisation estimates that 73% of those who die on Thailand’s roads are on motorbikes. We’d advise sticking to the footpaths and keeping your wits about you. 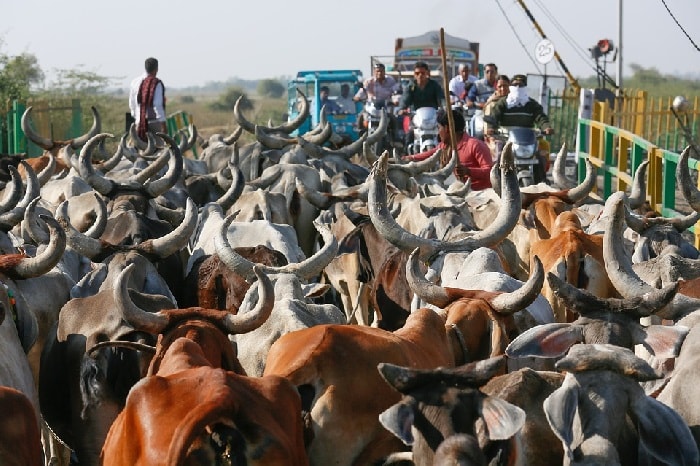 In India, not only are you sharing the road with a variety of vehicles, but there are often animals using the road as well. Given that Kolkata is also one of the worst cities in the world for traffic, throwing farm animals into the mix doesn’t exactly create an ideal driving scenario.

And not all animals are created equal. To the majority Hindu population, cows are considered sacred. This means that you must give way to them on the road. That’s right, Indians respect their farmyard friends far more than we do, particularly when it comes to cows—so don’t even think about squeezing past Daisy to get to work on time! It’s probably wise to hone your hazard perception skills before joining this traffic.

Forget potholes and uneven surfaces, in Ulaanbaatar you’re lucky if the road is even paved at all. The Mongolian capital may boast a number of beautiful attractions, but getting to them may require quite a bumpy ride! Plus, road signs range from vague to non-existent, so even routes that are paved can be tricky to navigate.

Until recently, Bucharest topped a lot of lists for poor road conditions. Harsh weather and increasingly heavy traffic battered roads that weren’t top quality in the first place. However, increased investment in infrastructure has greatly improved conditions. Hopefully Ulaanbaatar’s roads will get some much needed TLC in the near future!

Even if roads are built to a high quality and traffic levels are manageable, it takes competent drivers who follow the law to ensure good driving conditions. (It doesn’t help that driving tests vary so dramatically by country—just take a look at our rundown of driving tests in Africa, for example!) Rules obviously vary from city to city. But in some places, how these rules should be interpreted is also apparently up for debate.

Take Manila, for example. In the Philippine capital red lights are viewed as a suggestion and it’s quite normal for drivers to use lanes reserved for oncoming traffic to avoid queuing. On top of this, even if people wanted to consult road signs, many of them are covered by foliage. Useful! From the sounds of it, driving around Manila would be quite the white-knuckle ride! Even a solid grasp of defensive driving skills probably wouldn’t be enough to ensure your safety in this city.

We hope this list has given you an idea of just how bad driving conditions can get. Britain’s roads suddenly look all shiny and new again! Let’s not get carried away, though—we’ve got our own fair share of dangerous roads in Britain—give it a week and we’ll be back to complaining about temporary traffic lights and rush hour blues. It’s just the British way.

Want more reasons to feel better about your own driving? Check out our rundown of practical test horror stories and be thankful they didn’t happen to you. As for all the latest driving news and tips, checking in with the PassMeFast blog!