Hello again, readers! As spooky season draws to a close, there’s only one thing on our mind here at PassMeFast HQ. No, not Halloween—the news roundup, of course! Yes, it’s the time of the month when we bring you the stories that may have passed you by.

We’ll start off by picking up the smart motorways story we featured last month, as further developments emerge. Next, we move onto new data from the DVSA showing a rise in those caught cheating on the theory test, before taking a look at one of the year’s worst driving test fails. After that, we’ll look at our latest county launches, before finishing off with our Highway Code tip of the month.

In last month’s news roundup, we reported on the concerns raised regarding smart motorways. The criticism followed the deaths of several motorists while the hard shoulder was in use as a running lane. Initially, Highways England responded by stressing that the roads were safe. Now, however, the Government has announced that they’ll come under increased scrutiny.

Transport Secretary Grant Shapps announced the launch of an internal investigation when speaking to a parliamentary select committee. The Department for Transport will carry out an “evidence stock take” in the next few weeks, with the aim of ensuring that “all of our motorways are as safe as they possibly can be”.

Recently, MPs stepped up their criticism when questioning Highways England head Jim O’Sullivan. They noted that Stopped Vehicle Detection technology currently features on just 18% of smart motorways, despite the organisation promising it would be used across the network. O’Sullivan even admitted that “undoubtedly one or two [deaths] might have been avoided” had it been in place.

While there’s no sign that the government plans to reverse the implementation of smart motorways, it will be looking closely into how to improve the network, including identifying areas that would benefit most from additional safety features. We’ll keep a close eye on this story here at the PassMeFast Blog as it unfolds.

Once upon a time, many a driver believed that the theory test was ‘just common sense’. Now, most people are well aware that this is nothing more than a myth. The sensible thing to do, then, is to hit the books (or apps!) and do plenty of revision. Unfortunately, new figures suggest that hundreds attempt to cheat every year.

The data from the DVSA shows a sharp rise in the number of candidates caught cheating on their theory test. Indeed, over 1,000 candidates came under suspicion within just the first five months of the year. You can see the full data in the table below.

The increasing figures reflects the DVSA’s tougher stance on cheating, with the agency taking prosecutions in house. Andy Rice, head of counter-fraud at the DVSA, stressed that they would take the “strongest possible action” against cheaters, including prosecution.

The message is clear, then: cram, don’t cheat! If you need some pointers about how best to study, check out our guide to theory test revision resources.

It’s understandable why so many learners experience test day nerves. After all, there’s a lot riding on that forty-minute drive! However, while some candidates are unlucky enough to see their test descend into a horror story, others bring it on themselves.

Take this case, for example. A Birmingham driver who’d already failed no fewer than nine previous tests was about to head into his tenth. What unfolded was to be more dramatic than any of his previous attempts, though. Let’s see what happened…

Welcome to the world of stupid. Male turns up at the driving test centre for his driving test. Having driven himself there unsupervised. Then fails his test for the 10th time ?‍♂️ male arrested by D unit Newtown for TWOC offence. pic.twitter.com/hOekgjyl1g

Yep, this driver had broken one of the cardinal rules for learners by not having a supervising driver. Making matters worse, it later transpired that he had taken the car without the owner’s consent. Plus, in living proof that crime doesn’t pay, he failed his test to boot. Maybe get a proper driving instructor next time, mate.

PassMeFast launches in Berkshire and Hertfordshire 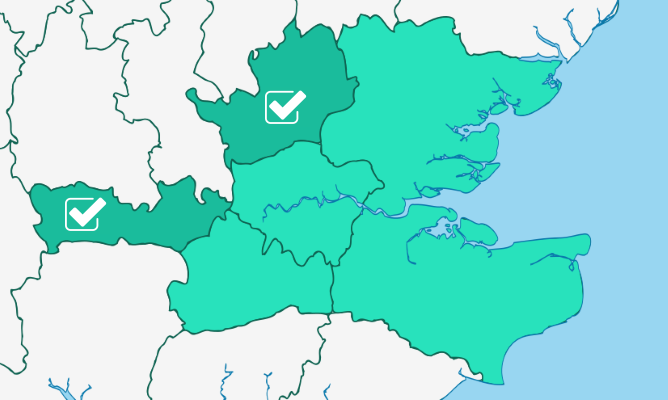 While we’re always eager to share top motoring stories, we can’t resist throwing in some in-house news, too. So, what’s the cause of the excitement? Well, October saw PassMeFast come to not one, but two new counties: Berkshire and Hertfordshire!

Back on October 1st, we welcomed learners from across both counties onto our range of intensive courses. This means that you can now book with us in any of the following locations… 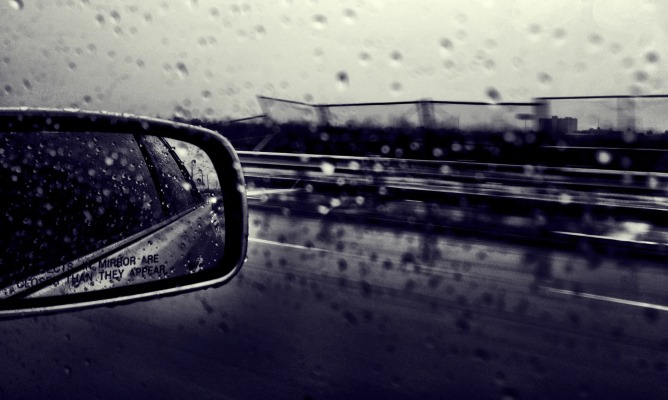 We’re well into autumn now, and those scorching summer temperatures are, sadly, a thing of the past. Though we’ve not quite hit the true chill of winter, wet weather is most certainly here. (It is the UK, after all!) So, let’s take a quick look at rule 227 of the Highway Code, covering driving in rainy conditions.

That concludes our monthly roundup for October! Come back next month when we’ll wrap up more of the stories you can’t afford to miss. Still craving more driving content in the meantime? Be sure to read what our customers had to say about us in this month’s top reviews. You can also check out some of our proudest passes in our top photos from October.