We don’t know about you, but here at PassMeFast HQ November has flown by! With more learners passing their driving test with us every day, there have been plenty of good news stories to keep us going even as the nights got longer and the days got colder. But what about the world of motoring beyond PassMeFast? Let’s take a few minutes to check up on some of the month’s biggest news that you might have missed! 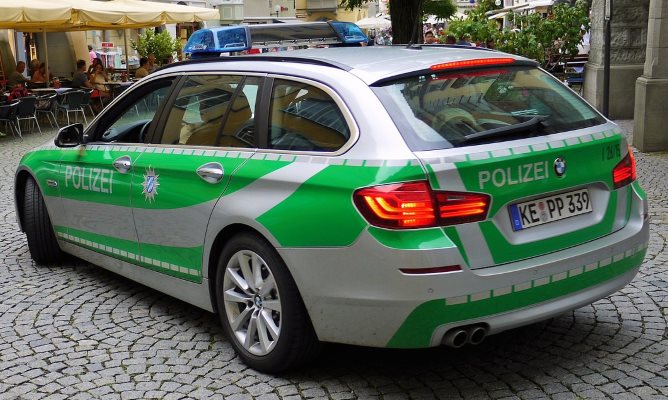 Look, we get it. When you pass your driving test, it feels as if the shackles are finally off. You’re no longer under the beady eye of your driving instructor, and you’re finally free to roam the open road. It’s exciting! You should, though, make sure you don’t do anything too stupid. You could end up in the nightmare scenario of losing your licence as quickly as you got it. In fact, that’s exactly what happened to a teenager in Germany this month.

Local police in Märkischer Kreis, to the south of the city of Dortmund, caught an 18-year-old driver going 95km/h (60mph) in a 50km/h (30mph) zone. The worst part? He’d passed his test just 49 minutes earlier. He was fined €200, and had his licence taken. Fortunately, his driving ban is a relatively short four weeks—but police say he must take ‘expensive retraining’ before he’s able to get back on the road.

When he does finally get back on the road, the driver—who police suspect was trying to show off to his friends—will have two points on his licence. He’ll also have to drive under probation for four years, rather than the usual two-year period for German drivers. The lesson is clear: passing your test doesn’t mean you’re above the law! To learn more about driving legally in Germany (and several other countries), check out our guide to driving tests in Europe.

As the UK car industry slowly moves away from traditional petrol and diesel cars towards electric vehicles, the infrastructure of our roads needs to change too. A quick five-minute stop at a petrol station might suffice to fill up a standard tank, after all, but it doesn’t really do the job when charging an electric car.

Enter Volkswagen and Tesco. The automotive and retail titans have teamed up to create the UK’s largest retail electric vehicle charging network. Over the next three years, over 2,500 charging bays will be installed at up to 600 Tesco stores across the UK.

The charging points, which are to be installed by Pod Point, will be necessary to cope with the growing numbers of electric vehicles on the road, with numbers already up more than 20% this year. Customers will be able to choose between a free standard 7kW charger, or paying market rates for a rapid 50kW charger.

Once complete, the project will see the total number of public charging bays rise by 14%. Tesco CEO Jason Tarry said that the scheme formed “part of our wider commitment to addressing the environmental challenges that matter most to our customers, colleagues and communities”. For more information on the future of driving, visit our article on cars in 2040.

In the early 2000s, Carlos Ghosn earned the nickname ‘Mr Fix It’ for his success in turning around struggling automakers Nissan. This month, however, saw a dramatic fall from grace for the former Nissan CEO, who was arrested at Tokyo’s Haneda Airport for underreporting earnings and misusing company assets.

Japanese media have reported that Ghosn used over $18 million worth of company assets to pay for residences in Rio de Janeiro, Beirut, Paris and Amsterdam. Initially placed in custody for a 10-day period, Tokyo District Court agreed on November 30th to extend this by a further 10 days while investigations continue.

Though no longer serving as Nissan’s CEO, Ghosn had been a figurehead of an alliance between manufacturers Nissan, Mitsubishi and Renault. The former two companies quickly removed Ghosn from their boards, though he remains chairman of Renault. The outcome of the arrest for the alliance remains unclear.

Self-driving taxis could come to London by 2021

Addison Lee cars are ubiquitous in London—to the point where the firm was even immortalised in a Not3s song. But they aren’t resting on their laurels. In fact, they’re about to conduct a pioneering trial of self-driving taxis in the capital.

Partnering with software company Oxbotica, the project will see the companies start by digitally mapping London’s roads. It’s a complex task that will take into account the positions of road signs, kerbs and traffic lights across a quarter of a million miles of road. During the testing period, cars will gradually make longer journeys in the Greenwich area.

The companies hope to see self-driving cars on London’s roads within three years. Addison Lee have stressed, however, that the project won’t cost the firm’s 5,000 drivers their jobs—though they do admit that a driverless fleet could prove cheaper to run over the long term. To read what we had to say about the potential implications of the vehicles, visit our article on driverless cars.

Got your theory test coming up soon? Worried about failing? While we can’t guarantee that you’ll ace your test, we can say that you’ll at least be in good company. That’s because, on an episode of The Late Late Show this month, legendary actress Barbra Streisand admitted to failing her theory test three times.

Streisand recounted how, when going to renew her licence, she had to retake the written theory test. “I had to do the written exam… you don’t want to know how it turned out, do you? I failed three times!”

She admitted to having a few test day nerves before sitting her exam—happens to the best of us! Want to avoid having this happen to you on your big day? Get up to speed with our top theory test revision resources.

Thankfully, Barbra Steisand’s now back on the road. If you’d like to join her, be sure to check out our prices page to compare our range of driving courses—you could be on the road (and maybe even featured among our top pass photos) in just weeks!

Don’t worry—there’s plenty more driving news where that came from! Take a look back at October’s news roundup.