Welcome to our roundup of all the top motoring news from May 2019! It seems like only yesterday that spring was springing—and now, summer is just around the corner. But what did this month bring us? In this article, we’ll take a look at the top stories.

We’ll start things off with a deep dive into the stats—first, data on the number of uninsured drivers from the DVLA, before looking at SMMT figures showing a fall in car manufacturing. After that, we’ll report on the proposed 15 mph speed limit in the City of London, before finishing with a look at England’s favourite driving routes. Let’s kick off! 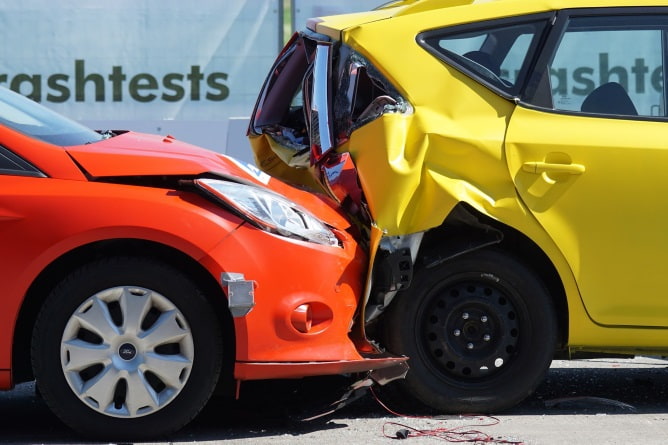 Uninsured drivers are the scourge of the road, costing other motorists hundreds of millions each year. New figures from RAC Insurance, however, suggest that the scale of the problem is shrinking.

In response to a recent FoI request, the DVLA revealed to the insurer that the number of drivers caught without insurance fell by a third from 2017 to 2018. The full data can be seen in the table below.

As the table above shows, 2018 had the lowest number of uninsured drivers of the entire seven-year period. The figures come as a positive surprise after the all-time high seen just one year earlier.

In the RAC’s Drive blog, RAC Insurance director Mark Godfrey noted that there was no obvious explanation for the decrease. “While the average insurance premiums began to fall, the reduction in price does not seem great enough to cause such a significant change in behaviour”, he pondered.

It’s worth noting that the numbers above refer only to those caught by police. There are still an estimated one million uninsured drivers on the road—so, while the recent decline is undoubtedly positive, the danger remains.

Uninsured drivers face a £100 fixed penalty, prosecution with fines up to £1,000, and risk having their car seized and crushed. The message is clear: it’s not worth it. Instead, check out our guide covering what to look for when buying insurance to stay within the law and get a great deal!

Car manufacturing fell by a staggering 44.5% year-on-year this April, according to figures from SMMT. The number of cars coming off British production lines was just 70,971—down substantially from April 2018’s 127,970.

Plans to mitigate against the effects of Brexit were a key reason behind the decline. Plants across the country rescheduled their shutdowns, which typically take place over summer, to April, following the UK’s expected departure from the European Union on March 29th. It is not now possible to reschedule the shutdown to coincide with the new planned exit date of October 31st.

Slowing markets at home and abroad also contributed to the slump, with April marking the 11th month in a row that UK car production fell. SMMT noted, though, that the decline should start to ease towards the end of 2019 should the UK be able to come to a deal with the EU. However, the body warned that a ‘no deal’ Brexit would likely see manufacturing continue to decline due to additional customs checks and tariffs.

City of London set to cut speed limits to 15 mph

London’s status as the UK’s most congested city is unrivalled, despite a raft of measures designed to combat high traffic levels. This is particularly true in central London, where the congestion charge has operated since 2003. Now, however, the City of London has gone one step further. That’s because, this month, the local Corporation voted to become the first region in the UK with a speed limit of just 15 mph.

The City already has a well-developed public transport network, with fifteen London Underground stations on seven lines lying within the Square Mile. What’s more, it’s estimated that 9 in every 10 journeys through the city are made at least partly on foot.

Nonetheless, the City of London has decided that the new speed limit is necessary to improve streets for pedestrians, as well as to improve air quality in the area. To help those looking to get around speedily, they’re also partnering with operators Freebike and Beryl to offer dockless cycle hire.

While we often cover some of the more serious motoring-related subjects here on the PassMeFast Blog, it’s nice to take some time to remember that driving is, well, fun! Indeed, getting out on the open road is a favourite pastime for millions across the country. This is never more true than on bank holidays, when we flock to seaside towns, beauty spots, or to visit loved ones.

To coincide with May’s double bank holiday bonanza, Highways England decided to poll English drivers to determine the nation’s favourite routes. Now, the results are in—and it’s a tie! Yep, we love getting behind the wheel so much that we couldn’t just choose one. Instead, two roads share the honour: a stretch of the M6 in Cumbria, and part of the M1 running close to Lutterworth, Leicestershire.

It comes as little shock to see the ever-popular Lake District topping the list. The Leicestershire route sharing the podium may, however, be a little less well-known. Even the local paper, the Leicester Mercury, expressed surprise at the result. “Can [the M1] really hold a candle to the stunning scenery of the Lake District?” Instead, they surmised, drivers simply appreciated the stress-free “smooth, fast route” of the four-lane highway.

Here’s the top ten in full:

As well as offering a fun diversion, Highways England took the opportunity to remind motorists of the importance of ensuring that their vehicle is ready ahead of a long journey. This includes taking a look at fuel, tyres, engine oil, water and lights—simple checks which could help prevent up to half of all breakdowns. Check out Highways England’s press release for full details.

That’s all for this month. Be sure to check out our blog to see the latest customer reviews, as well as this month’s top pass photos!