The month of May has been a glorious one here in the UK! There’s certainly been plenty to celebrate, from the Royal Wedding through to nearly uninterrupted weeks of great weather. Plus, with two bank holidays, you might even have taken the opportunity to head out on a road trip!

If all of the fun has meant that you’ve missed out on the news, however, then don’t worry. As always, the PassMeFast team have collected the month’s biggest stories and compiled them into one monthly digest. Let’s check out what hit the headlines in May!

If you’re a keen reader of the PassMeFast blog, you’ll notice that one story stood out ahead of all others this month: the new MOT test changes. The changes took effect on May 20th, with wide-ranging consequences for drivers.

One of the most noticeable changes was a shift from a simple pass or fail to a new system whereby the test categorises defects as dangerous, major or minor. The new MOT certificate itself displays these defects, and places cars tested into one of three categories:

The MOT test additionally checks a number of new items, including underinflated tyres and brake pad warning lights. Meanwhile, partly in response to the diesel emissions scandals of recent years, the new MOT test imposes stricter conditions on diesel cars. Any diesel car lacking, or displaying evidence of tampering with, a Diesel Particulate Filter (DPF) will fail the test.

While the new regulations are generally more stringent for most drivers, some cars over 40 years old are now exempt from testing. You can get the full rundown of what the test means for you by reading our guide to the MOT test changes.

The death of Elaine Herzberg, the first person killed by a self-driving car, shocked the world in March this year. Her death brought home the real risks of driverless cars, generating public anger towards Uber, the company conducting the tests.

With serious issues to address regarding the safety of their cars, Uber took the decision this month to end their self-driving car tests in the state of Arizona. Arizona’s governor, Doug Ducey, had already barred the company from conducting tests in the aftermath of the incident, which took place in Tempe.

A spokesperson for Uber affirmed that the company was “committed to self-driving technology”, and hoped to return to testing in the near future. Nonetheless, the move suggests that Uber is losing confidence in its self-driving tests—at least in the short term.

However, Uber isn’t the only player in the self-driving game. Just over the border from Arizona is the state of California, where over 50 companies have licences to test driverless vehicles. A new company granted the right to test this month was Didi Chuxing, a Chinese competitor to Uber.

Though Didi Chuxing is still a little behind its rivals, it’s taking self-driving seriously. In fact, the company has assembled the Didi Auto Alliance to develop its fleet of driverless cars. The ‘alliance’ includes heavyweights such as Renault-Nissan-Mitsubishi, and the Chinese units of Toyota and Volkswagen.

Though scepticism still abounds regarding driverless cars, it’s clear that many companies are still pushing forward with the technology. Stay tuned to our news section as we cover the latest developments!

Could you soon unlock your car with an iPhone? 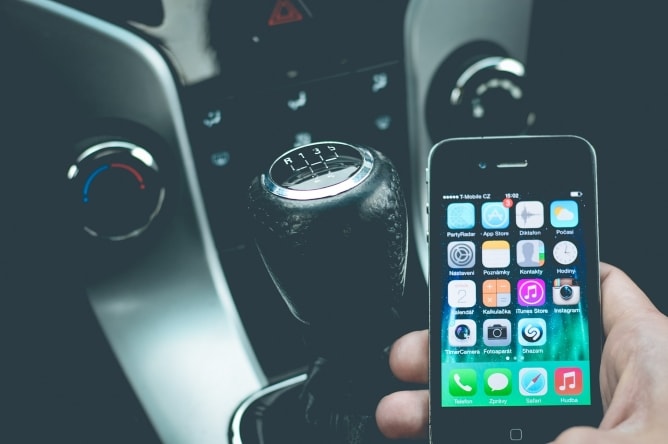 Though we all (should!) know that using your mobile phone while driving is a no-no, smartphones have brought some benefits to motoring. Built-in mapping software, for example, has brought an end to shopping around for different types of sat nav. However, there are hints that Apple may soon be about to bring our smartphones and cars closer than ever before.

This month, there were reports that the next generation of iPhones may be able to unlock cars. The technology isn’t new—in fact, the same NFC (near-field communication) chips also allow contactless payment. However, Apple aims to expand their usage to include unlocking cars, front doors, and hotel rooms.

Though some users may worry about security concerns, the NFC chips store their data separately from the iPhone’s OS. This means that, in the event that your phone is stolen, criminals won’t be able to drive off with your car, too. In fact, the technology is more secure than today’s smart locks, which operate via Bluetooth.

Whether we’ll be willing to entrust the safety of our cars to Apple (or any other smartphone manufacturer!) remains to be seen. Nonetheless, it’s always exciting to see new innovations in the motoring industry. In fact, we’ve taken a look ahead at what cars may look like in 2040—check it out!

A Northern Irish councillor pleaded guilty to drink driving this month, receiving a 12-month driving ban. Thomas Hogg, a former DUP mayor of Antrim and Newtownabbey, was also fined £250 when he received his sentence on May 25th.

Police stopped Hogg on April 29th when they noticed his car weaving across lanes. They conducted a breathalyser test, which showed that Hogg had over twice the legal limit of blood alcohol.

Hogg accepted the charge, saying that he had driven as an “act of kindness”. His solicitor, Keith Gamble, said that he had been drinking at a barbecue, before receiving a call “from a friend in some level of distress” later on that evening.

Initially thinking he felt “groggy from sleep”, he decided to drive to pick his friend up, resulting in his arrest. The DUP later suspended him from the party.

It should go without saying, but driving under the influence is illegal and puts yourself and other road users in danger. The legal limit of blood alcohol in England, Northern Ireland and Wales is 80mg, or 50mg in Scotland. Get more information at Drinkaware. 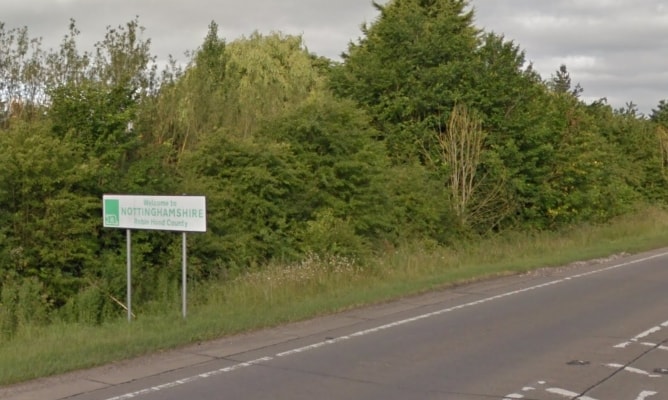 We’ll finish off this month’s roundup on a happier note. If you’ve kept your eye on the PassMeFast blog, you’ll have noticed that we’ve been growing in recent months. In March we came to Lancashire, while in April, we opened up in Derbyshire. This month, however, we were proud to come to our tenth county. That’s because on May 1st, PassMeFast launched in Nottinghamshire!

Our latest launch means we now have instructors across Nottinghamshire, including the following towns and cities:

With instructors across the length and breadth of Nottinghamshire, wherever you live, you’re covered. Plus, we’ve got different courses for all experience levels. Just need to brush up on a few things before your test? Try our 10 hour course. About halfway there? 20 hours could be right for you. Total beginner? Your perfect course might be our 48 hour course.

To get full information on everything we offer, check out the detailed rundown of our driving courses. Need a bit of inspiration to kick off your own driving journey? Check out our top 5 pass photos from May. We look forward to seeing you on the road soon!