As March 2018 draws to a close, the team here at the PassMeFast blog are taking a look back at all the biggest driving news that’s hit the headlines this month. We’ll be covering the passes, the fails, the good and the bad—in short, everything about driving! Let’s get this show on the road. 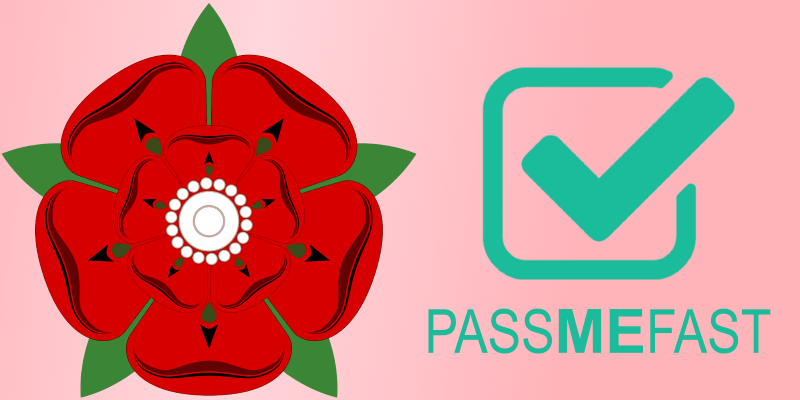 We hope you’ll allow us to start off this month’s roundup with a little self-reflection. This month saw some very exciting news for us here at the PassMeFast team: we started offering courses in Lancashire!

The Lancashire launch took the number of counties we cover up to a fantastic eight. This number also includes North, South, East and West Yorkshire, as well as Cheshire, Merseyside, and our home county of Greater Manchester. Adding Lancashire to the mix means that we cover all of the following areas:

However, these are far from the only towns where our courses are available. In fact, we cover the entirety of Lancashire!

Our Lancashire launch marked the latest step in our journey to covering the length and breadth of the country. In fact, there’s already further expansion in the pipeline—watch this space in the coming days!

The potential rise of self-driving cars has been the subject of plenty of discussion in recent years. In fact, we here at PassMeFast have been amongst those asking if driverless cars are the future. However, those hopes turned to horror earlier this month, as Elaine Herzberg, 49, became the first person killed by a fully autonomous car.

The incident occurred in Tempe, Arizona, where ride-sharing service Uber had been carrying out tests. Herzberg was starting to cross the road when the self-driving Volvo, operated by Uber, hit her at around 40 miles an hour.

The pilot of the car, Rafaela Vasquez, who was meant to take control of the car in the event of an emergency, said that she did not have enough time to brake once she had noticed Herzberg. Others, however, have pointed out that Vasquez appeared to be looking down just seconds before the crash, reducing the amount of time she had to react.

Whoever (or whatever) was at fault, the impact of the crash was immediate and significant. Uber decided to halt testing of autonomous cars, and later decided not to renew its permit to test in neighbouring California. Joining the company was Nvidia, whose computer systems featured inside Uber’s self-driving cars, and which conducts testing in the US, Germany and Japan.

The crash is unlikely to spell the end of self-driving cars. However, it does provide us with a sobering reminder that technology is not infallible, and that we need to be aware of the risks we take when placing our lives in its hands.

The fatality in Arizona has, understandably, left many companies wary of conducting further testing of self-driving cars. Others, however, have remained unperturbed. That’s certainly been the case for Jaguar Land Rover, which inked a deal with Waymo, the division of tech giant Google performing research into autonomous cars, to create 20,000 self-driving electric cars.

The cars in question are JLR’s new I-Pace cars. The company will provide Waymo with 20,000 of the vehicles, which it will then convert into autonomous cars. With a maximum range of almost 300 miles and taking just 40 minutes to charge to 80%, the autonomous I-Paces could give us a tantalising glimpse into the potential for cars in 2040, by which time petrol and diesel cars will be off our roads.

Waymo is planning to use the vehicles in a new ride-hailing service that could rival companies such as Uber and Lyft. It predicts that the new autonomous I-Paces “will provide a safe and delightful experience for our passengers”. For its part, JLR claims that the partnership will “push the boundaries of technology”.

The success of these tests will help determine whether autonomous cars really will become the norm in the coming decades, or whether humans will remain masters of the road. While we wait to find out, anyone who wants to get on the road will still need to pass their test. Why not check out some of the previous big changes in driving by reading our article on the history of the UK driving licence?

Could the petrol and diesel ban come 10 years earlier?

One of the biggest news stories of 2017 was the announcement that, from 2040, sales of petrol and diesel cars in the UK would come to an end. At the time, it seemed like an ambitious target. After all, in February 2018, figures from the SMMT showed that alternatively-fuelled vehicles had captured only 4.4% of the market—with most of these vehicles being hybrids, rather than fully electric cars.

Nonetheless, some groups felt that the targets did not go far enough. The Green Alliance think tank noted that banning petrol and diesel cars from 2030, rather than 2040, would cut oil imports by half and would go a long way in helping the UK to meet its climate targets. Such a fast switch from fossil fuels to electric, however, begged the question: would we be ready for it?

The answer came from Graeme Cooper, the head of National Grid’s electric vehicle division: yes—we’ll be ready by 2030. In a parliamentary committee meeting, Cooper was confident: “If the target was brought forward, energy networks are ready to deliver.”

Cooper noted that, provided owners charged their cars at off-peak times, there would be little need for new power stations to be built. This helped to allay concerns raised by a 2017 National Grid report that claimed that the growth of electric cars could increase peak demand by up to six gigawatts.

At the moment, the original ban date of 2040 remains in place—but, regardless of the exact timing, it’s clear that the way we drive is changing. We’ll cover all of it here at the PassMeFast blog—so stay tuned!

Update: In 2020, the government brought forward the date by which all sales of new petrol and diesel cars must end from 2040 to 2035. Learn more in our February 2020 news roundup.

Before taking our practical, many of us will experience a fair few test day nerves. We might even run through a few potential nightmare scenarios in our head of the absolute worst thing that could happen. One unlucky teenager in Minnesota, however, found that the nightmare had become reality: not only did she fail, but she did so in spectacular style.

So, how bad was it? Only the minor problem of crashing. Right through the front window of the test centre. And sending her examiner to hospital in the process. Yikes.

The crash happened on the afternoon of Wednesday, March 21st in Buffalo, Minnesota. It emerged that the 17-year-old girl, who has (thankfully) not been named, accidentally put her car into drive rather than reverse. Despite causing significant damage to the building itself, her examiner’s injuries were not life-threatening, and neither the driver nor any other individuals were harmed.

One thing’s for sure: at the very least, the driver could definitely benefit from a refresher course to avoid making the same mistake again! If you’re about to take your test, make sure you brush up on driving test faults so you know what not to do. (Crashing into the test centre isn’t on the list—but we figure that should be a fairly obvious no-no!)

Thought lightning couldn’t strike twice? Think again! Check out another learner who crashed into their test centre in our August 2018 news roundup.

If you want proof that intensive driving courses do the trick, then look no further! Earlier this month, Scottish comedian Kevin Bridges finally passed his test after taking a three-week intensive course at the age of 31.

It would be fair to say that he didn’t have the quickest journey to getting his licence. In fact, he first started learning at the age of 19, but took only a few lessons before moving to London and putting learning to drive on hold. However, he never forgot the instructor who had taught him—so, when it came to getting back behind the wheel, there was only one man to call.

His instructor, Tony Clarke, said that “he was definitely not as motivated” when he was 19 as when he returned twelve years later—but that he was “just as funny”. After passing, Kevin joked that it was “a sad day for Uber”.

All the best to Kevin for his driving future! Of course, here at PassMeFast, we’re just as thrilled by all of our learners passing—you don’t need to be a celebrity! In fact, we’ve already seen plenty of great pass photos in March. If you’d like to join all of them on the road, then book your own intensive course today!