A big big hello from the PassMeFast Blog team! As we’re writing, the sun is finally shining down on our MediaCityUK offices. We’ve got no time to bask in the glorious weather, though—we’ve got a news roundup to bring to you!

This month, we’ll start by bringing you news of a new noise camera, which the DfT is trialling over the coming months. Next, we’ll see what advice Highways England has to help drivers avoid breakdowns this summer.

After that, we’ll look at a new study revealing the best UK region to be a driver, before heading abroad to learn about Japan’s plan for a new driving licence system for the elderly. Finally, we’ll look at a new road sign introduced to help protect small mammals. Let’s go! 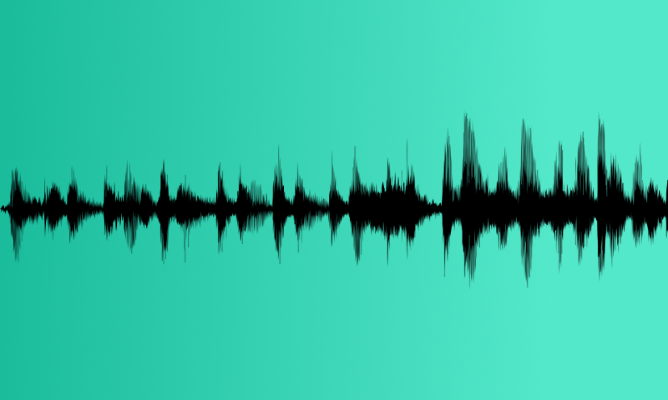 If you live in a built-up area, you’ll undoubtedly know the experience. You’re walking down the street, minding your own business, when suddenly you hear a deafening vrooooooom from a car whizzing past. In some places, incidences of noisy vehicles—or owners who rev excessively—can be a major blight on the community. That’s why the Department for Transport has decided to crack down by trialling a new noise camera.

The principle behind the device is similar to that of the ubiquitous speed camera. Noise cameras will measure the sound levels of passing vehicles, detecting those that surpass legal limits. Thanks to automatic number plate recognition, it should also be possible to enforce laws banning very noisy vehicles, as well as cracking down on drivers and riders who rev too much.

Trials of the devices will take place in locations across the UK over the next seven months using a prototype noise camera. Should this prove a success, the DfT hopes that the cameras will help to reduce noise pollution, which it says “makes the lives of people in communities across Britain an absolute misery, and has very serious health impacts”. To learn more about the devices and trials, visit the DfT’s press release. 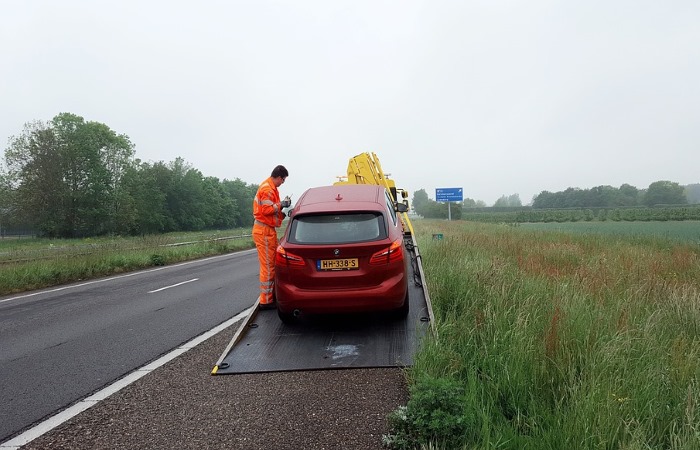 The UK may see more than its fair share of miserable weather, but when the sun finally comes out, you can bet that us Brits will take advantage. That’s why so many of us enjoy a road trip over the summer months.

Unfortunately, with more motorists driving longer distances, the conditions are ripe for an outbreak of breakdowns. In fact, estimates suggest that there are an extra 700 every single week between late June and early September, a period which many call ‘breakdown season’.

In anticipation of this, Highways England has released seasonal advice to help motorists prepare for long journeys and avoid breakdowns. Here are a few recommended vehicle checks which can help keep you moving this summer:

A good knowledge of how to prevent your car from breaking down—and of what to do should it happen—can help to keep you and others safe on the road this summer. For detailed guidance, read our article covering what to do if your car breaks down. 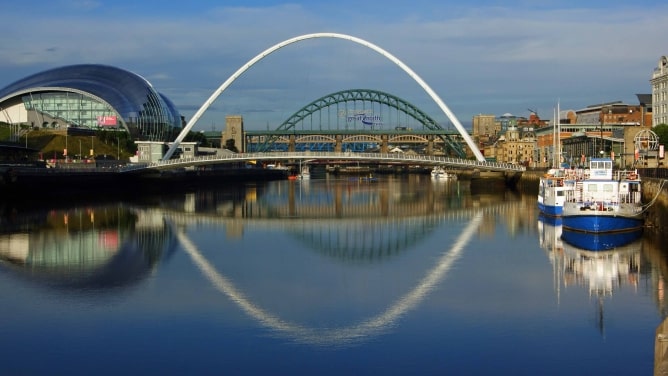 Since time immemorial, the different regions of the UK have duked it out for supremacy over everything from scenery to accents. Trying to determine which is ‘best’ is always likely to be subjective—and spark some fierce debates. Crusader Vans, however, has looked into the figures in an attempt to determine objectively where it’s best to be a driver. They’ve now revealed the winner: the North East!

So, how did they come to this conclusion? Well, they examined a range of factors affecting motorists on a day-to-day basis. This included fuel costs, commuting lengths, average delays, insurance premiums, driving offences, and mileage. After taking all of this into account, they came up with the definitive regional ranking:

The North East took pole position with the country’s shortest delays, as well as below-average insurance premiums and shorter commutes. Welsh drivers had it worst, largely due to higher annual fuel costs. The guide unearthed a few other interesting factoids, too, revealing that the East Midlands has the cheapest insurance, while Northern Ireland sees the fewest offences. To see for yourself, check out the UK Motoring Index.

Live in the North East, but don’t yet have a licence? Don’t miss out on your region’s roads! Read about what we offer in Tyne and Wear and County Durham. 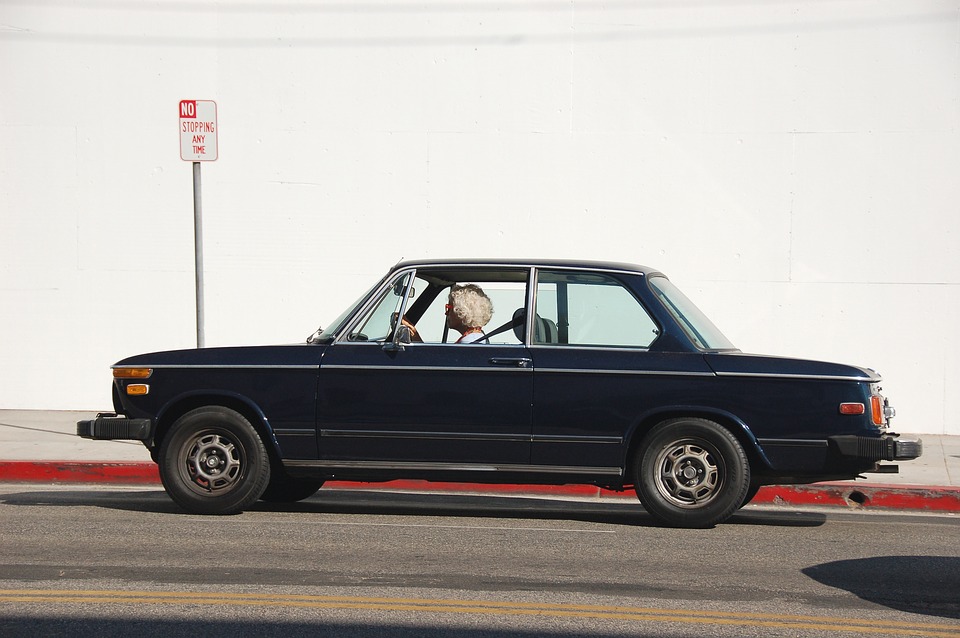 Earlier this year, Prince Philip’s crash raised questions in the UK about when someone is too old to drive. Now, a recent spate of accidents has given rise to a similar debate in Japan. In the past, local authorities and police attempted to persuade elderly drivers to give up their licences by offering incentives, such as discounts at a ramen restaurant chain. Now, however, the government has decided to act more decisively.

The government is now proposing a new licensing system for drivers 75 and older. Should it come into force, this will introduce restrictions on which vehicles senior citizens can to drive. Though the details haven’t been finalised, it’s expected that older drivers will only be able to own cars with features such as automatic brakes. A cognitive assessment test may also come into force.

Around 1 in 8 people in Japan are over the age of 75, and around 1 in 4 over-80s still drive. With these stats in mind, the move is likely to affect a large chunk of the population—and one that’s set to grow further in years to come. Time will tell if other countries, such as the UK, adopt similar measures.

Of course, this isn’t the only way the Japanese system differs to our own. If you’d like to learn more, visit our article on driving tests in Asia. 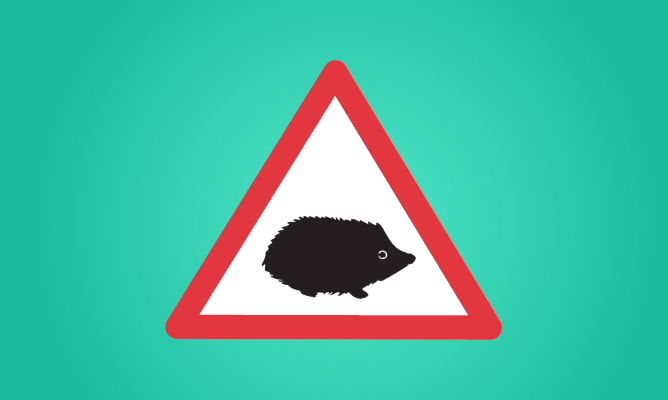 While driving, it’s likely that you’ve come across certain road signs relating to animals. Signs warning you about deer, cattle or horses aren’t uncommon—but what about the humble hedgehog? This month, the Department for Transport unveiled a new road sign featuring our favourite spiny mammal.

Though hedgehogs take the starring role, the sign actually covers a range of small mammals, including squirrels, otters and badgers. The new sign comes in response to worrying evidence of declining wildlife populations across the UK. Hedgehogs, for example, have been hard-hit, with numbers in some areas just half of what they were two decades ago. Meanwhile, hundreds of drivers or riders suffer injuries each year as a result of collisions with animals.

The DfT hopes that the sign will play a role in tackling these issues. Transport Secretary Chris Grayling noted that it should “help to reduce the number of people killed and injured, as well as helping our precious small wild mammal population to flourish”. He’s also called for wildlife organisations and local councils to work with the DfT to identify locations where the sign should be placed. To learn more, visit the DfT website.

That completes this month’s roundup! If you’re eager to see more, head on over to our top customer reviews in June or have a gander at our top pass photos from June! Be sure to check back regularly for the motoring news you need to know. Now, get out and enjoy the open road!