Welcome to July 2018’s edition of PassMeFast’s monthly news roundup. Here, we’ll cover the latest developments from across the world of motoring. So, don’t fret if you missed any of this month’s biggest stories: they’re all here!

In this rundown, we’ll cover the release of the latest driving test statistics. Next, we’ll look at new eyesight warnings from the DVLA, followed by a new road safety campaign. After that, we’ll examine Greater Manchester’s new ‘Beelines’ scheme, before moving onto new self-driving car technology. To finish up, we’ll meet (probably!) the UK’s oldest new driver. Let’s begin! 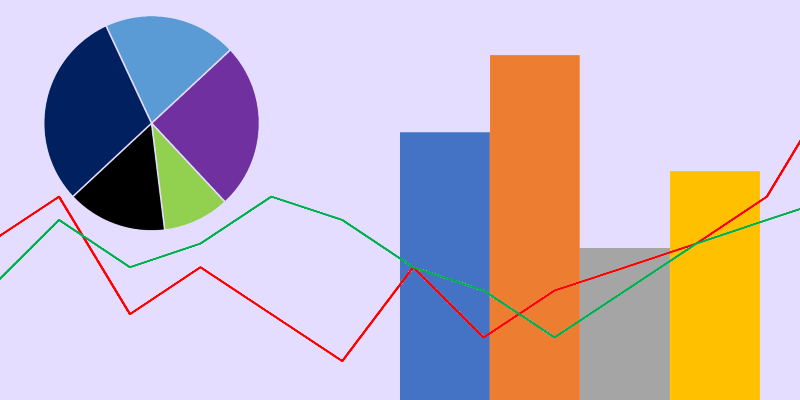 Each summer sees the DVSA release a wide range of stats on the previous year’s driving tests. Containing first-time pass rates, details of the country’s best and worst-performing test centres, and an overall national picture, this data is always hotly anticipated. Now, it’s here: all the DVSA statistics from April 2017 to March 2018.

If you’re not afraid to get stuck into an Excel spreadsheet or two, then check out the driving test data and theory test data direct from the DVSA. If you’d rather someone else broke everything down into an easier-to-read format, though, don’t worry: PassMeFast is here to help.

Over the coming weeks, we’ll be highlighting some of the most intriguing facts and figures from the mammoth dataset. You’ll be able to find out which test centres had the highest and lowest pass rates, how automatic and manual drivers compared, and how many people really passed first time. Watch this space for all the info! 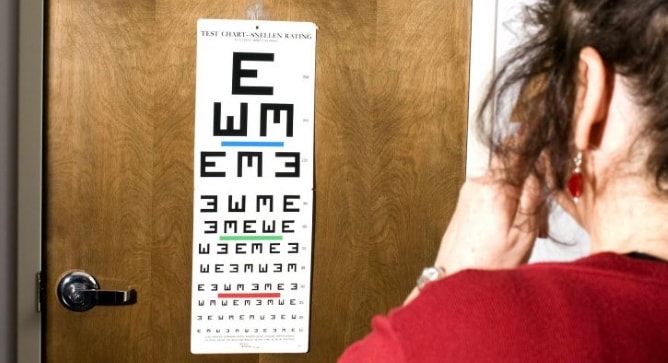 The driving test is a stressful experience for almost everyone—so, it’s a relief that, once we pass, we generally won’t need to take it again. However, new warnings from the DVLA advise all of us to retake one part of the test: the eyesight test.

The DVLA’s new EYE 735T campaign aims to get us all checking our own sight to ensure that we meet legal driving standards. Wyn Parry, Senior Medical Adviser to the DVLA, noted that regularly checking your eyesight is “essential for safe driving”. This is particularly important to keep in mind as we age, as eyesight often deteriorates over time. After all, a measurement of your eyesight at the age of 17 won’t reflect the true standard of your vision forever!

The warnings come following a survey from the DVLA which suggests that a startling 50% of drivers do not know the minimum legal eyesight standards required to be able to drive. (For those of you struggling to remember: you must be able to read a standard UK car licence plate from a distance of 20 metres).

Fortunately, testing yourself is quick and easy. Stand around five car lengths (roughly equivalent to 20 metres) back from a vehicle, then read the licence plate. You can also measure the distance in paces—on average, 26 for a man, or 33 for a woman. If you can do this confidently, then congrats—your vision is good enough to drive! Fail to do so, however, and you should book in an appointment with your optician as soon as possible.

It’s also worth noting that most of us should aim to attend eye tests at least once every two years—your vision is important! Check out the DVLA’s official visual acuity guidelines for details.

Chilling campaign against mobile phone use while driving

By now, we should all be fully aware of the risks of mobile phone usage while driving. Using your phone while behind the wheel risks putting your life—and the lives of others—in danger. It will also attract some heavy punitive action. In fact, as of March 2017, the Government now imposes stiffer penalties: a £200 fine, and six points on your licence.

Unfortunately, some drivers still aren’t getting the message. It’s for this reason that Road Respect have launched their ‘Last Text’ campaign. This touring campaign aims to show the devastating human cost that comes from sending just one message while driving.

Last Text sees giant iPhones erected in towns and cities across the north-east of England. Each phone shows the last text ever sent by a motorist—all of whom died on the roads due to using their phone behind the wheel.

The campaign highlights the human tragedy caused by motorists who allow themselves to be distracted while driving, and aims to encourage drivers to “see and recognise the risks associated with driving and using a mobile phone, before it’s too late”.

Visit Road Respect to learn more about the campaign, and to read the victims’ harrowing stories.

While we here at PassMeFast (understandably!) focus primarily on cars, we share the road with a wide range of other vehicles. Any major developments which take place affect us all—and major developments are certainly afoot in Greater Manchester.

That’s because cycling legend Chris Boardman has spearheaded plans for £1.5bn worth of investment across the county. The new cycling and walking routes that will receive the funding are known as ‘Beelines’—a nod to the worker bee, the symbol of Manchester.

Now, TfGM have announced concrete plans for the allocation of the first tranche of the funds, worth £30m. These plans indicate that all ten areas of Greater Manchester will see part of the funding. However, it’s the Manchester neighbourhood of Chorlton that receives the lion’s share, with an ambitious ‘Dutch-style’ route.

The Chorlton scheme will consist of a new 4.5-mile cycling route, of which 3.5 miles is segregated from vehicular traffic. The plans, however, will see a wide range of cyclist- and pedestrian-friendly infrastructure improvements. They include, for example, cycle parking on the Bury Metrolink line, and a high-quality walking and cycling route in Bolton.

You can read the full Beelines report at the TfGM website. Alternatively, you can view and leave comments on the interactive map by visiting MappingGM.

See what a self-driving car sees with new technology

Driverless cars have hit the headlines in recent years for both positive and negative reasons. However, while almost all of us are aware of the vehicles, many of us still don’t fully understand the technology behind them. It’s for this reason that Silicon Valley startup Drive.ai are showing riders, for the first time, what a self-driving car sees.

The move comes as Drive.ai gears up to launch a fleet of semi-autonomous vans in Frisco, Texas. These vehicles will operate within a geofenced area, and will all initially have safety drivers. The most interesting development, however, is the inclusion of a touchscreen displaying a visualisation of what the car itself ‘sees’.

Though the almost video game-like appearance of the graphics is sure to enthral some riders, its key aim is to provide reassurance. Indeed, in their blog, Drive.ai note that the displays “allow passengers to understand exactly what the car is seeing, thinking, and planning to do as it drives”.

However, while the system may be easy for riders to understand, the workings behind it are complex. A combination of sensors, radar, GPS, video data, and an IMU contribute to the car’s understanding of its surroundings. This, in turn, allows for the generation of full-surround 3D data that riders can see in real time.

With the autonomous car industry experiencing some major setbacks in recent months, it’s positive to see a company putting safety at the top of the agenda. Visit Drive.ai to learn more about the project.

First ever driving lesson at the age of 92

For our final story this week, we head to London to meet Vera Creasy. Vera is a resident of Whitby Dene care home, which offers a ‘wishing tree’ programme. This scheme enables residents to live out dreams and ambitions they hadn’t previously been able to fulfil.

For Vera, this meant hitting the road for the very first time—aged 92.

Born in 1926, Vera is old enough to remember some key moments in driving history, including the introduction of driving tests. Sadly, however, she had never previously been able to experience them herself.

Having felt “left out” due to being unable to drive, Vera decided to seize the opportunity to finally get behind the wheel. She learned alongside an instructor from Hillingdon’s Young Driver school (whose age policies may not be as strict as their name implies), and was thrilled to be out on the roads.

Of course, you don’t have to wait until you’re 92 to start driving. In fact, you could get your full UK licence in just a few weeks! Find out more by checking out our full list of driving courses.

Keep an eye on the PassMeFast blog for the latest news, customer stories and top tips—like details on the new driving test timing study and our top customer reviews for July!