Hey there readers! We hope you’re holding up well in these strange and difficult times. There’s certainly been plenty going on in the world of motoring—so, as always, we’re back with another monthly news roundup. So, what’s in store for January?

First up, we finally have the full theory test centre pass rate data for 2019/20—in the first month of 2021. After that, we’ll be taking a look at the return of emergency testing for certain key workers, before moving on to examine the coming change in operators for UK theory test centres. Finally, we’ll explain the impact of lockdown #3 on drivers.

Let’s dive in and discover the top news stories of January 2021! 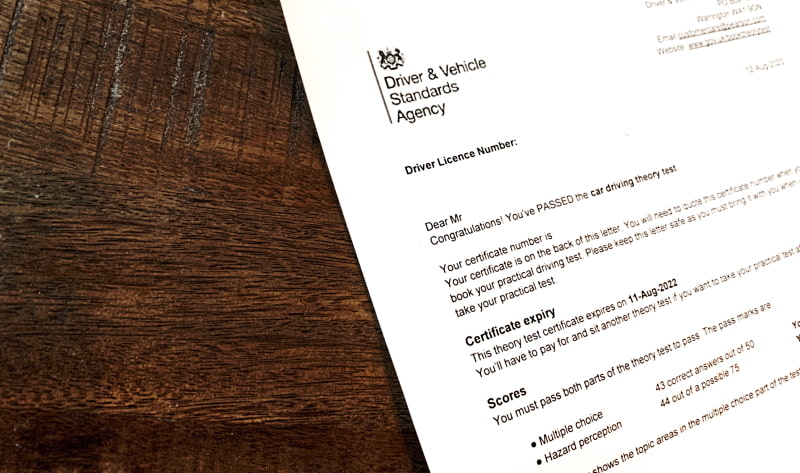 To start our January roundup, we’ve got exciting new stats from the DVSA! This month, we finally found out which theory test centres had the highest (and lowest) pass rates in 2019/20.

You’d be right in thinking that this is an odd time to announce them; normally, we get annual stats in around June or July. However, COVID-19 has caused system-wide delays to the collation of statistics. We only found out the best and worst practical test centres in October, for example—and now, it’s the turn of the theory test centres.

Here you can see where learners were most likely to succeed—and where candidates had a tougher time.

You know the drill by now: in any test centre top ten, it’s pretty much a dead cert that a rural Scottish location will come out on top. This list is no exception, as Kyle of Lochalsh proved to be the highest performing centre in 2019/20. In fact, it was an all-Scottish top 5. England’s #1 centre, Axminster, finished at #6 overall, while you have to scroll down to #48 to find Wales’ top location, Builth Wells.

The bottom ten, meanwhile, is a game of two halves. Those placing in the bottom five are all rural test centres spread across England, Scotland and Wales; none saw more than 103 tests in 2019/20. The rest of the top ten, meanwhile, are more urban areas, all of which had at least 18,000 tests during the same time period.

At PassMeFast, we’re firm believers that, since the theory test is the same no matter where you take it, it’s not worth fretting over the stats for your local centre. Wondering why there’s any difference by location at all? Check out our article on why theory test pass rates vary by area.

Key worker testing could be making a comeback

If you’re an eagle-eyed reader of the PassMeFast Blog, you’ll have noticed us posting about the return of emergency testing just a few days ago. Nonetheless, this story is so big that it deserves a spot in our January news roundup, too.

Cast your mind back to the first lockdown last March, and you may remember that certain groups of key workers were able to take emergency theory and practical tests. This enabled them to get to work without public transport, and to get behind the wheel as part of their life-saving roles. However, this system ended in August, and wasn’t brought back for the November lockdown.

Now, the DVSA has confirmed to the Driving Instructors Association that emergency tests will come back, albeit in a different form. Unlike during the first lockdown, candidates will not be able to apply for emergency tests themselves. Instead, they’ll need to be nominated by an NHS Trust or other recognised organisation, with the DVSA providing these groups with application information.

Most importantly, the types of key workers able to take emergency tests will be very limited. In fact, the tests will only be available to frontline mobile emergency workers. This encompasses the field of health and social care as well as other sectors dealing with threats to life, with examples being ambulance drivers and flood rescue.

We’re back to the theory test for our third item in the January roundup, but this time we’re looking behind the scenes. Normally, the outcome of a tendering process may not be of too much interest to the general public. This time, however, there could be big changes afoot for learners.

Let’s start with the background info. All the way back in 2003, the DSA (the forerunner to today’s DVSA) awarded a contract covering the running of theory tests to Pearson Vue. They began administering tests and processing results in September 2004, alongside running the online booking system and customer support. They’ve been doing so ever since.

Flash forward to January 2021, and times are changing. Instead of a nationwide service, the DVSA has split the country into three regions, with different contracts for each. Here’s what the new map looks like:

The most important news, though, is that different companies will manage the regions. Starting from September 2021, Pearson Vue will only manage Region B. In Regions A and C, a new provider, Reed in Partnership, will take over the running of theory tests.

The DVSA has assured candidates that their experience shouldn’t change, except for a slightly different look and feel to the test. However, one major change is that many test centres will move. That’s because so far, Pearson has generally run theory tests out of its own buildings. When Pearson loses the rights to operate theory tests across much of the UK, candidates will need to go to centres owned by Reed instead.

It has not yet been announced which test centres will be affected, though it can be expected that most large test centres in Regions A and C will change location. We’ll provide candidates with updates once we have full details.

We can’t talk about the top news stories from January without turning to the biggest one of them all. A year after being declared a public health emergency of international concern, COVID-19 is still very much with us. This month, England once again plunged into lockdown, with all four UK nations currently under similar restrictions.

Government advice once again states that you must stay at home unless leaving your house for essential purposes. This includes shopping for essential food or medicine, getting a COVID test, or going to work if you are unable to do so from home. For a full review of the rules, read our article on where you can drive during lockdown.

Meanwhile, learners are also facing the impact of the new restrictions, with lessons and tests now suspended across England. This had already been the case in any areas previously in Tier 4, such as Manchester and London. Learners may only drive on an essential journey, accompanied by a member of their household or support bubble.

The news is likely to be frustrating to learners whose tests were due to take place in January, with many already having faced test cancellations during previous lockdowns. Though the DVSA is automatically rebooking tests for affected candidates, this may still involve waiting months longer to finally sit the practical.

Given the lockdown in force, PassMeFast courses are currently on hold. For the latest, be sure to check out our regularly updated coronavirus advice post.

That’s all for our January roundup! Be sure to stay tuned to the PassMeFast Blog, where we dish out top driving advice every single week.