Euro road trip planned for later this year? The latest target for Brexit law changes is the GB sticker. Remember, failure to display the correct stickers and carry the correct equipment can land you with a fine — not the best way to spend your holiday Euros! Here’s everything you need to know:

After 111 years, the GB sticker that Eurotripping drivers have been donning on their bumpers are being scrapped. In its place will be a brand-new UK sticker, so make sure you’ve got the correct signage before hopping over the water. From 28th September, you’ll need to make sure you’ve got UK signage on your car or you could be hit with a fine and a run-in with foreign police.

The changes are said to be made as a show of solidarity with Northern Ireland, whose residents have also used the GB sticker when travelling abroad despite not technically being part of Great Britain. The new UK sticker is made to be inclusive of Northern Ireland, which is part of the United Kingdom. 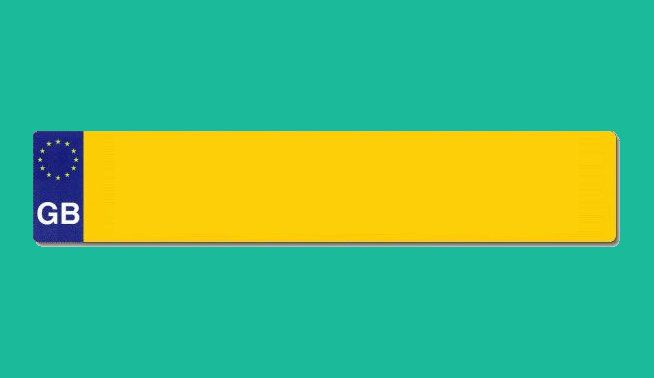 What about GB number plates?

Some Brits who regularly drive abroad will have a GB number plate, which features the GB logo on the plate itself. From September, these plates will obviously be taken out of production, but what happens to existing GB number plates?

You’ll probably be pleased to learn that you don’t need to scrap it. Instead, you can just slap the new UK sticker on your car bumper and keep your existing plate. Although, if you don’t want to put a sticker on your car’s bodywork though, you will need to get a new number plate with the UK logo instead.

Have everything you need?

We like to cover all bases. Fail to prepare, prepare to fail and all that! So, before you go gallivanting around the world, make sure you check out our complete guide to driving abroad. There’s more to it than just driving on the other side of the road, so make sure you’re doing it all by the book!