Just a couple of decades ago, the idea of driverless cars was considered ridiculous. In many people’s eyes, the concept was destined to be confined to sci-fi films or childhood fantasies.

Yet, with advancements in technology, the prospect of cars that can complete journeys with minimal human input (or even none at all) is becoming more and more realistic. Does it make sense to put so much trust in the hands of robots, or is this a step too far?

The question on everyone’s minds is this: are driverless cars the future?

The early history of driverless vehicles

The first driverless car was created nearly a century ago, in 1925. An American company called Houdina Radio Control demonstrated a car on the streets of New York that was controlled by radio. The car was a modified 1926 Chandler, flanked by a second car that followed it and sent out a signal which controlled the front car’s every movement.

Further examples of autonomous cars followed throughout the 20th Century. In the 50s, for example, General Motors introduced a prototype car, the Firebird, that was said to have an “electronic guide system that can rush it over an automatic highway while the driver relaxes”.

While the car was never put into production, these early examples of driverless cars help to illustrate the longstanding human desire to put the concept into practice.

However, while early implementations of driverless cars were undoubtedly pioneering, they were all still essentially controlled by humans. It wasn’t until the 1990s and 2000s that more fully realised autonomous vehicles came into existence.

One of the most important developments in the world of driverless cars was made by Alberto Broggi, a professor of Computer Engineering at the University of Parma in Italy. He spent the period between 1990 and 1995 working on a car which would be capable of travelling without human input on unmodified highways. The car eventually journeyed over 1,200 autonomous miles, averaging a speed of 56 mph.

The 2000s saw a continued interest in self-driving vehicles, although some of the most interesting progress was found in the industrial and military sectors, rather than in the consumer world. For instance, the US Government funded three unmanned ground vehicles which were able to navigate miles of difficult off-road terrain, avoiding rocks and trees. These were put to use in the US military. Additionally, the Canadian mining company Rio Tinto Alcan introduced a fleet of driverless trucks to transport iron ore around one of their mines in Australia. This was reported to vastly improve safety and productivity.

These advancements paved the way for the modern era, in which the driverless vehicle sector has seen unprecedented growth.

The prospect of the widespread use of driverless cars became all the more viable when the biggest name in technology, Google, started their extensive investment and research program. While the project was initiated as early as 2009, its existence was not made public until a few years later.

Google has since completed over a million miles of public testing, and the hard work appears to be paying off: in 2016, the number of times human intervention was required during testing had more than halved compared to the previous year. The program has now been rebranded as Waymo, but is still coordinated by Google.

Google’s development program is one of the most comprehensive, but the internet behemoth is far from the only company that’s investing in driverless vehicles. As you’d expect, many of the major automotive manufacturers are developing their own designs—Ford, Mercedes Benz, VW, Audi, Nissan, and Volvo, to name just a few. Even IKEA are getting in on the act, with their Spaces on Wheels project covered in our September 2018 news roundup.

Alberto Broggi is still playing an important part in autonomous vehicle development, too—his company VisLab carried out the first intercontinental land journey made by self-driving cars in 2010, and continues to push boundaries to this day.

If you think you know your stuff when it comes to the technical side of cars, why not test yourself on the 2017 ‘show me, tell me’ questions?

The downsides of driverless cars

While this technology is undoubtedly very exciting, there are a few downsides to consider. First of all, as with many new technologies, the price point of driverless cars is likely to make them unattainable for the vast majority of people. This is unlikely to change until the companies behind the technology work out how to replicate it on a mass production scale, which could take a very long time.

There’s also the bigger issue of placing our trust in technology.  How sure are we that these systems are going to be completely reliable, and how are we going to ensure human safety? As advanced as our artificial intelligence systems are, human behaviour is difficult for a computer to interpret, particularly in challenging environments such as cities. For this reason, although driverless cars might reduce the impact of driver error, we could be introduced to a new phenomenon when travelling by car—computer error. This was evidenced in 2016 when the driver of a Tesla Model S was tragically killed while using the car’s autopilot mode.

Let’s not ignore hackers, either. In order to function correctly, a driverless car would have to collect and rely upon a broad range of sensitive personal data. If hackers were to expose a vulnerability in a particular car’s software, this could lead to all manner of problems for the owner of the vehicle. 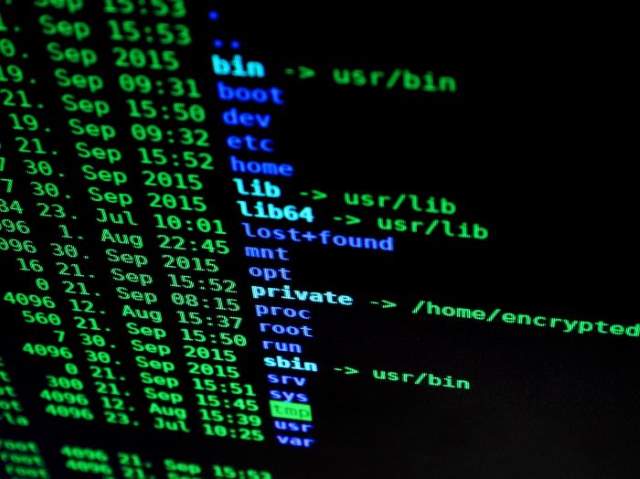 The ethics of self-driving cars

Furthermore, some people have questioned the ethical implications of autonomous vehicles, for a number of reasons. The first of these to consider is how the car would ‘behave’ in an accident: faced with the proposition of hitting and killing a group of pedestrians, or swerving to avoid the pedestrians and thus killing its occupants, which one would it pick? Equally, if someone is killed in an accident, whose fault is it?

These are difficult questions, but ones that the autonomous vehicle industry is going to have to answer sooner rather than later—especially in the wake of the death of pedestrian Elaine Herzberg in Arizona, covered in our March 2018 news roundup—if we’re to see widespread acceptance of this technology. It may even be necessary for learners to get special licences for driverless cars.

The second major ethical concern surrounding driverless vehicles is mirrored in many areas of the working world: what about the workers whose jobs will be made redundant by this new technology? The fact we need to consider is that these technological innovations could actually make many people’s lives worse, while only improving the quality of life of a select few.

The benefits of driverless cars

In spite of the potential pitfalls, however, the benefits of self-driving cars are hugely promising. The most obvious one of these is that travelling by car could be much more enjoyable. With no need to concentrate on the sometimes tedious act of driving itself, all passengers could amuse themselves however they pleased while making journeys. Also, travelling overnight would be easy in a driverless car, and the speed limits could be increased, leading to shorter journey times. This would be of great benefit to the productivity of many people who have to travel long distances regularly.

As well as benefiting those who use the motorways, the centres of towns and cities would be drastically improved by driverless cars too. Traffic management would become much more simple, and congestion could be reduced. This would positively affect the lives of millions of people in the UK alone.

Additionally, while there are legitimate concerns about the absolute reliability of the computer systems used in driverless vehicles, removing driver error from the equation has the potential to usher in a new era of safety. There would be no need to worry about drink or drug drivers, no concern about fatigued drivers falling asleep at the wheel, and road rage would become a thing of the past. Unfortunately, at the moment dangerous drivers still pose a risk to us all. Check out our defensive driving tips and techniques to keep you safe on the road.

The technology behind self-driving cars

So, how do self-driving cars actually work? Well, they rely on a wide range of technology such as radar, lidar, GPS and computer vision. The radar sensors are so that the car can monitor the position of vehicles in its proximity, and the lidar sensors are there to detect the edges of roads and lane markings. It’s now even possible to see what a driverless car ‘sees’ thanks to companies such as Drive.ai.

You’ve probably used GPS to get around before—it’s the mapping technology that’s built into phones and satellite navigation devices. However, the GPS maps that Google has been using in their testing program are much more detailed than the ones you’d find on most different types of satnav. They even take into account the height of traffic lights!

Currently, the majority of autonomous cars that we’re seeing are simply based on existing car models. Obviously, at the time being, it’s still necessary to have the kind of manual controls that you’d traditionally find in a car, such as the pedals and steering wheel. However, with time, the hope is that these will be eliminated altogether.

Curious for more driving knowledge? Find out about the differences between driving in Europe and the UK here.

So, are driverless cars the future?

As we’ve documented in our history of the UK driving licence, the world of motoring has evolved dramatically over the decades—and self-driving cars are set to become part of that evolution soon enough. Companies are beginning the process of getting us to trust the vehicles through means such as the ‘eye contact’ pioneered by JLR, and covered in our August 2018 news roundup.

Only time will tell how long it will take for driverless cars to become the norm, but it is surely inevitable that they will eventually account for a significant proportion of journeys made by car. Until then, though, the only way to drive is by getting a licence.

Are you up to speed on driving? Do you know what the changes to the practical test are going to be, for instance? Not sure whether to take an intensive course or hourly lessons? Or perhaps you’ve already got a licence and just need some driving tips to keep you driving safely. Whatever your situation, the PassMeFast Blog has got you covered.