With the UK’s recent decision to ban the sale of all petrol and diesel-fuelled cars by 2040, you might be wondering what exactly the future of personal transport is likely to look like. Will we really be able to reshape over a century’s worth of driving culture in just 23 years? What will supersede the internal combustion engine, and what other changes can we expect to see? Read on to find out.

The current state of the UK car and van market 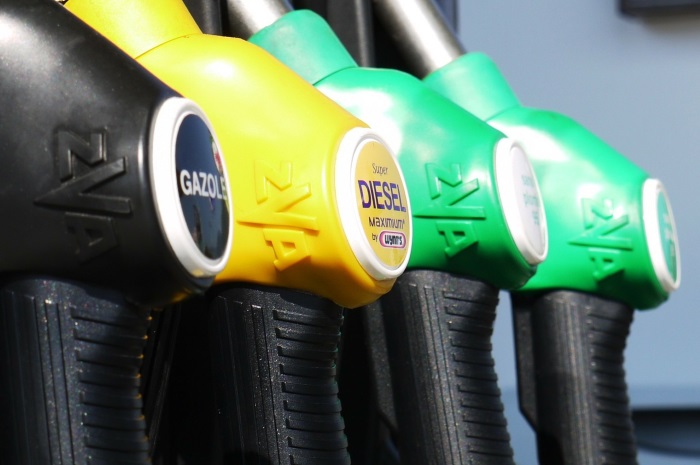 Currently, over 95% of all new cars and vans sold in the UK are powered by either petrol or diesel engines. Amongst used vehicles, this figure is likely to be even higher, as there aren’t many used alternative fuel vehicles (AFVs) on the market.

Sales of new cars in general have been declining throughout recent years, as more and more people tend to opt for PCP finance deals. Meanwhile, scandals and the end of tax breaks have led to a particularly significant fall in diesel car sales. Despite this, the automotive industry is thriving in the UK—several manufacturers have significant manufacturing operations here.

So, with our buying trends concentrated so strongly on petrol and diesel vehicles, why is the government introducing the 2040 ban?

The reasons for the ban

The reasoning behind the ban is simple: burning petrol and diesel is damaging to the environment, and there is only a finite quantity of crude oil left. This means that our time using fossil fuels is limited.

As well as causing damage to the atmosphere on a global scale, such as by contributing to global warming, burning petrol and diesel puts people at risk at a local level, too.

For instance, evidence has come to light in recent years that diesel cars and vans in particular can lead to high levels of so-called ‘particulates’ in the environment.

These particulates become suspended in the air and penetrate people’s respiratory systems, leading to a wide range of health problems.

These problems tend to be more concentrated in cities and other large conurbations. It comes as little surprise, for example, to learn that some of the places spearheading the movement towards the petrol and diesel bans are major cities including Madrid, Brussels and Paris, as we covered in our December 2018 news roundup. You can find out more about the health effects of particulate matter at sparetheair.

Also, while it’s true that progress has been made regarding the efficiency of traditional petrol and diesel engines, scandals such as ‘dieselgate‘ have helped to cultivate a general distrust amongst consumers for the automotive industry, particularly regarding emissions. Hence, moving away from traditional fuels and switching to eco-friendly cars is the only rational choice for consumers, the industry, and the environment.

Do you need to improve your driving? Check out our helpful driving tips!

The future of cars and vans

As a country, we’re hugely reliant upon petrol and diesel cars and vans. So, what new technologies are going to replace the foundations of our transportation needs? What will cars in 2040 be like?

Electric cars and vans are likely to be the most common replacement for vehicles with internal combustion engines. There’s been a huge amount of investment in electric vehicles from all of the major automobile manufacturers, and as we develop our sources of renewable energy, they will start to make more and more sense from an environmental point of view as well.

Electric vehicles will offer us the chance to take advantage of green energy, and are the technology that will come closest to replicating the experience of driving that we’re used to.

Many electric cars are based around existing platforms, and you drive them in much the same way as a conventional petrol or diesel car. The only major difference is that electric cars and vans don’t need gearboxes, making them even easier to drive than their petrol and diesel equivalents.

You might be wondering at this point why we haven’t yet adopted electric vehicles as our primary mode of transport. While it’s true that electric vehicles have made great progress in recent years, there are a few stumbling blocks which will need to be addressed before they can be considered truly viable as a replacement for internal combustion-engined vehicles.

For instance, many electric vehicles are hampered by short ranges. The Renault ZOE, for instance, has a claimed range of just 150 miles—roughly half of what its petrol or diesel equivalent would boast. This means that many electric cars are unsuitable for long-distance travelling. Nonetheless, as we discussed in our September 2018 news roundup, one woman managed to take her electric car on a trip all the way around Australia!

Long charging times, too, are a problem for many electric vehicles. At present, many of these cars and vans require overnight charging if you want to get the most out of them. There’s no popping to the petrol station to put a tenner in the tank when you’re low on fuel!

However, rapid-charge stations are becoming more and more prevalent, particularly in big cities. These allow vehicles to be charged up to around 80% of their capacity in as little as 30 minutes. Meanwhile, new technologies such as carbon-fibre energy storage are making lighter electric vehicles a possibility.

You can be sure that charging stations like this are just the tip of the iceberg, and that there will have been a huge investment in infrastructure by the time 2040 rolls round. In fact, in our March 2018 news roundup, we reported that National Grid claimed that they could be ready ten years early—and, just a few months later, as covered in our November 2018 roundup, VW and Tesco launched a major nationwide charging network of their own. Expect electric vehicles to become more powerful, practical and affordable as time draws on.

Are you planning a trip to the UK from the continent? Check out all the differences between driving in Europe and the UK.

Electric cars and vans aren’t the only the type of vehicle we’re likely to see on our roads in the future, however. There are several other types of fuel which aim to fill the roles of petrol and diesel.

Hydrogen cars represent one of the most promising developments in alternative fuel vehicles. They work very similarly to electric vehicles, as they’re also driven by electric motors. The difference is that the motors source their power from hydrogen fuel cells, rather than batteries.

You fill up a hydrogen-powered car in the same way as you would a petrol or diesel car. This negates one of the major downsides of electric cars—long waiting times while charging takes place. Hydrogen powered cars are also better at covering long distances than the electric vehicles currently on the market—some models can travel up to 300 miles without refuelling.

However, there are a few factors which are likely to mean that hydrogen cars don’t become as widely accepted as electric vehicles.

First of all, there are only 16 hydrogen filling plants in the UK. While the charging times associated with electric vehicles are obviously a huge downside, at least you can plug them into a standard mains socket. If you run out of hydrogen, you simply can’t use the car!

So, unless we see a huge investment in hydrogen infrastructure, we’re unlikely to see hydrogen cars break into the mainstream any time soon. Who knows what might happen between now and 2040 though? It would be foolish to write off hydrogen vehicles just yet.

Do you know the penalties for using your mobile phone while driving? Don’t get caught out!

Biofuels are another alternative to petrol and diesel. There are two main types of biofuel in use at the moment: bioethanol, and biodiesel.

Bioethanol is made from plants such as sugar cane, sugarbeet and cereals.

Biodiesel is normally made from refining waste vegetable and animal oils from the food industry.

There are some people who use these fuels in the UK at the moment, but it’s still a very niche alternative to petrol or diesel.

One of the most advantageous things about biofuels is that it’s normally fairly simple to convert a regular internal combustion engine to run on them. In fact, some diesel engines will run on biodiesel with no modification at all.

Also, in theory, biofuels can be completely carbon-neutral. So far, so good, you might be thinking. However, in practice, fossil fuels are often used extensively in the production of these fuels, and so their environmental benefits are lessened.

As such, it’s unlikely that these fuels will be mainstays of our forecourts in 2040. They’re dogged with the same distribution issues that hydrogen faces, but they lack many of the environmental benefits of the greener options. Still, 23 years is a long time in technological terms, so it’s possible we could see a new plant-based alternative fuel emerge.

Safety on the road is hugely important, so make sure you’re aware of the top 5 causes of car accidents.

Aside from the question of how our cars and vans are powered, we can also expect to see some even more dramatic shifts in the way we approach driving and personal transport. The era of driverless cars is one of these.

With many of the major automobile manufacturers starting testing programs, and technology giant Google making huge progress in their development initiatives (under the name of Waymo), what was once considered an impossibility is becoming more and more realistic.

As driverless cars become more and more widely accepted, we’re likely to see a shift in driving culture, moving towards carpooling and other ride-sharing initiatives.

To get the full lowdown, check out our article on whether driverless cars really are the future.

So, what will be the defining features of cars and vans in 2040? We can safely predict that electric vehicles will be at the forefront of the industry, and that driverless cars will have come on a long way from their current iterations.

However, it’s impossible to fully answer the question. Perhaps we’ll be driving round in futuristic concepts like the Mercedes Cyborg pictured below, or maybe we’ll have abandoned cars altogether in favour of the hoverboard!