As soon as you earn your driving licence and start hitting the road solo, the sense of freedom can be very empowering. There’s no need to worry about tests or the watchful eye of your instructor anymore, because you are going it alone. Woohoo!

Don’t get too carried away, though. A licence doesn’t grant you free rein to do whatever you want on the road. It’s important to play by the rules and work with the skills you learnt in your lessons. You see, as you get used to taking your car out unsupervised, it’s very easy for bad habits to sneak their way into your driving. They may seem harmless at first, but some can actually cause damage to your (potentially brand new!) vehicle and make you a hazard to other road users—not cool!

We’re going to explore some of the most common bad driving habits we see out on the road. Unfortunately, there are many to choose from, so we’ve boiled it down to 10 of the absolute worst. If you’re guilty of any of the following, it’s time to cut it out!

What are the top 10 bad driving habits?

1. Not wearing a seat belt

This is an issue that really drives us around the bend! For some reason, certain people seem to think that buckling up before starting the engine is optional. It isn’t. Seat belts might be a bit uncomfortable and may clash with your outfit of the day, but they’re there to prevent you from smashing through the windscreen of your car. Sorry to be graphic, but this really can be a life or death issue.

Meanwhile, if you’re caught by the police sans your seatbelt, you will be fined £100 on the spot. And the penalties are only getting stricter. So, even if you’re just nipping to the shops, pop it on! It takes 2 seconds and could save your life.

Humans may be one of the most intelligent animals on the planet, but one skill we haven’t nailed is reading minds. Nevertheless, plenty of people zip around on the roads assuming that the rest of us can predict exactly where they plan to go. The thing is, WE CAN’T! That’s why your car is fitted with indicators. You know, those fancy flashing lights at the side of each headlight? Not just for decoration, my friend.

Whether you’re at a roundabout, changing lanes, or making a turn, you must show other drivers (and in some cases pedestrians) what you intend to do. Even if you can’t see anyone else on the road, it’s good to get into the habit of using your indicators, so flick it on when making a move.

Sometimes, when you’re behind the wheel, you feel like the king of the road. Well guess what? You ain’t. The truth is you have to share the road with a variety of other users—most notably, pedestrians and cyclists. We say ‘notably’ because these guys do not benefit from the same protection as someone sitting in a car. As a result, you need to exercise patience and give them plenty of space.

We all feel a little disheartened when we’re desperate to get home after a long day and turn a corner (after indicating!) to find we’re stuck behind someone on a bike. What you have to keep in mind, though, is that if there is a collision, they will come out much worse than you! Driving closely behind them or waving your arms in frustration in an effort to speed them up is not going to improve the situation. Chances are they’re already going as fast as they can anyway.

Try to stay cool and keep a lid on your emotions. You might not think your presence is intimidating, but with the weight of your vehicle behind you it definitely is! Same goes for pedestrians—keep your distance and give them time to complete their journey.

Another favourite weapon from the arsenal of the frustrated driver is maintaining a speed that ensures they stay right up behind the car in front, leaving very little space in between. Yes, we’re talking about tailgating. Not only is it intimidating, this bad driving habit is actually very dangerous. Should the driver in front be forced to make a sudden stop, you’re likely to smash straight into them.

The Highway Code advises leaving a space of at least 2 seconds between you and the car in front for safety. In adverse weather conditions or on roads with high speed limits, this should be doubled.

Sorry to break (lol) it to you, but life is not a Fast and the Furious movie. There is no need to bomb it down roads and come to a screeching halt every time a red light appears. No one cares how fast your car can go or how macho it sounds when you rev your engine. Please stop. And by stop, we mean come to a nice smooth standstill using your brakes as they were intended to be used. If you see a set of traffic lights or a stop sign coming up, reduce your speed in good time to allow yourself the braking room should you need it.

Slamming on your brakes at the last minute does not give the people around you enough time to adjust their speed. It’s an accident waiting to happen. Repeat offenders of this bad driving habit will also find that it actually starts to cause wear and tear to their vehicle. Vin Diesel would not be impressed.

6. Setting off too quickly 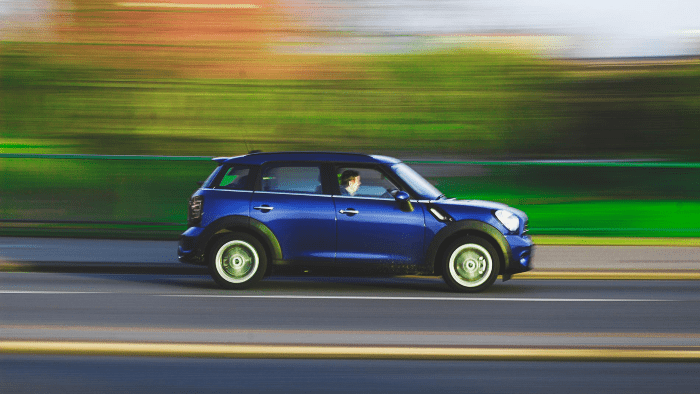 The same people who brake too harshly at traffic lights often employ the same amount of gusto when setting off again. Rather than calmly moving forward when the green light shows and building up their speed steadily, these lot like to go hell for leather and slam on the accelerator. Again, this is bad for your car and potentially hazardous for fellow road users.

Of course you want to get going as soon as possible, but be smart about it. You should be aiming to maintain the steady flow of traffic, not angling to beat everyone else to the next set of lights. If you find yourself constantly in a rush on the road, maybe you should start setting off earlier!

This one can be tricky to avoid. The car’s horn is right there in the middle of the steering wheel, just inches from your fingertips. It’s a bit like a giant red button that reads ‘DO NOT PUSH’—all you want to do it press it! Particularly when you feel that road rage bubbling to the surface, it’s incredibly tempting to let everyone else know how you’re feeling by making a loud, obnoxious noise. The thing is, that’s not really what the horn is there for.

Its actual purpose is to allow you to alert other drivers to danger. And we don’t mean the danger of your completely losing your mind at them. More like, if you see that their car is rolling backwards into yours, or something is about to hit them—that kind of thing.

This bad driving habit is both incredibly dangerous and alarmingly common. Using or checking your phone while driving, no matter how briefly, distracts you from the road and increases reaction time. You are putting your life and the welfare of those around you at risk. There are plenty of statistics on how smartphone use impacts driving and trust us, none of them are good. The only legal way to use your phone in the car is to use a hands free device that you do not touch while the engine is running. Even then, we would recommend only doing so if it is absolutely necessary.

Struggling to part yourself from your mobile while behind the wheel? Check out our top 5 tips on how to ditch your phone when driving.

Generally speaking, the middle and right lanes on motorways and dual carriageways are for overtaking. They are NOT there for you to cruise down at your leisure. So-called ‘middle lane hogs’ get in the way of traffic flow on busy roads because they prevent other drivers from being able to overtake where necessary. If the car in front of you is driving too slowly, then by all means use the middle lane to overtake them. Once there, however, you need to build up enough speed to either slot back into the left lane ahead of them or move into the right lane to overtake any slow coaches in the middle lane. All while sticking to the speed limit, of course!

10. Dazzling people with your headlights

And, finally, we come to the bad driving habit that rears its head after dark or when the weather’s particularly bad. We’re talking about people who don’t know when to switch to dipped headlights. We’ll give you a clue: anytime there are other people in front of you on the road! Full beam headlights are so powerful that they actually dazzle anyone in their path. You might be able to see nice and clearly, but you’ve rendered everyone else around you practically blind!

When driving in poor visibility, you need to alternate between full beam and dipped headlights, depending on the situation. Keep an eye out for anyone approaching and make the necessary adjustments.

Once you’ve passed your practical and earned a licence, it takes a bit of effort to keep your driving at test standard. Everyone develops their own way of doing things, but when it comes to how you control a car, this is only safe to an extent.

Bad driving habits are rife on the UK’s roads. Remember, though, that just because other people are flexible with the rules doesn’t mean it’s acceptable. Be part of the solution rather than the problem and kick bad driving habits to the kerb! You’ll be setting an example and doing your instructor proud.

If there are any bad driving habits you think we’ve missed, let us know in the comments below!