The hard shoulder is a common feature of most UK motorways and even a few A-roads. While plenty of people have heard of it and could probably point it out on a car journey, not everyone is completely clued-up on what its exact purpose is. In fact, you may be surprised to learn that according to Highways England, around 100 people are killed or injured on the hard shoulder every year. A lot of these incidents could likely be avoided if people knew how to use it properly.

In an effort to help you swerve both danger and legal penalties, we’re going to cover why the hard shoulder exists and how you should go about using it. This is important information to know—whether you’ve passed your driving test or not! So, without further delay, let’s get stuck in…

What is the hard shoulder?

Starting with the very basics, the hard shoulder is the narrow lane (usually 3.3m in width) that runs along the far left side of most UK motorways. It is separated from the regular lanes by a solid white line marked with red cat’s eyes and is designed for emergency use only. Parking your car on the hard shoulder is very risky and should be avoided unless it is absolutely necessary.

You may find that on certain stretches of motorway the hard shoulder disappears or is blocked off. There will be signs informing drivers of this well before it actually runs out, so that people can adjust their driving where necessary.

What will you find on the hard shoulder? 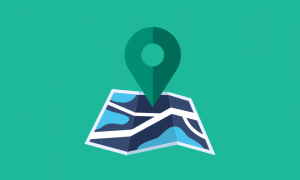 At first glance, you may think that the hard shoulder is just one long featureless lane. There are, however, some extremely important resources to be found here. Roughly every mile, you will spot an orange emergency phone. These SOS phones can be a life saver for stranded drivers as they are free to use and connect directly to either the police or the highways agency. Each phone is also labelled with a specific number that will allow the emergency services to determine the precise location of you and your vehicle. Nifty, eh?

Stuck on the hard shoulder with no emergency phone in sight? There are blue and white marker posts directing you to the nearest one, so have a good scan of the area. Failing that, you will also find arrows painted on the back of the posts that line the hard shoulder pointing you towards the closest phone.

When making your way towards a phone, be sure to stay well behind the barrier and face the oncoming traffic. This is necessary because travelling along the hard shoulder is incredibly dangerous. You need to keep your wits about you!

How should you use the hard shoulder?

Unless you are on a smart motorway (more on this later) there are only 3 scenarios in which you should use the hard shoulder:

Pulling up on the hard shoulder puts you and your car at risk of being hit, so this really is a last resort. Be sure to park as far to the left as possible with the wheels of the car pointed away from the traffic. Once stationary, exit your vehicle via the left side passenger door, climb over the barrier and remain on the verge so that you are a safe distance from the road. It’s also a good idea to put your hazard and sidelights on before exiting the vehicle, to alert other drivers to your presence.

Once you have been given the green light to rejoin the traffic, use the hard shoulder to build up your speed until you are safely able to slot back in. Of course, you need to keep an eye out for any vehicles parked further along the hard shoulder.  With these kind of potential hazards, it’s no wonder accidents happen on the hard shoulder!

If you are driving with a disability and end up on the hard shoulder, it might not be so easy for you to exit the car as instructed above. In such cases you can remain inside your vehicle with the hazard lights on. Use a phone (you should carry a mobile or have one fitted in your car) to contact the emergency services and explain where you are and what the situation is. Those with a Help pennant should make sure it is clearly on display.

If you are forced to pull over onto the hard shoulder when travelling with animals in the car, it is recommended that you leave them in the vehicle while you wait for help on the verge. We know this might go against your natural instincts, but you cannot risk your pets running into the road. With traffic on motorways travelling at such high speeds, the consequences would no doubt be catastrophic.

Only take pets out of the car with you if there are legitimate safety reasons for doing so. If your car is at risk of setting on fire, for example, you obviously shouldn’t leave animals inside. In such instances it is absolutely imperative that you keep your pets under control. Try to keep them calm and remain on the verge, well away from the motorway.

How NOT to use the hard shoulder

You’d think the hard shoulder being designated for emergency use only would be easy to follow, right? Well, as it turns out, not really. The problem is, what some drivers deem to be an emergency isn’t exactly what the highway code had in mind.

Here are a few examples of issues that definitely DON’T count as an emergency:

None of the above are reasons to use the hard shoulder. Instead, you should either pull into the next service station or exit the motorway at the next available opportunity.

What if there is something wrong with my car? 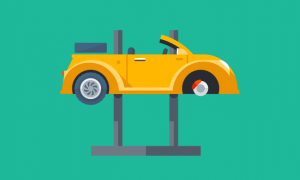 If you can physically feel that your car is slowing down or you can see something very serious is developing, it is probably best to move onto the hard shoulder as safely as possible. Then again, if it’s just something like an amber warning light flashing on your dashboard, think twice. You should have time to make your way to the nearest service station or exit road.

If your car is stopped on the hard shoulder because of a fault, do not attempt any repairs yourself. Even fixing minor issues is dangerous from this position on the road. Stay behind the barrier and wait for a professional to arrive. For the same reason, it is important that you do not bother setting up warning triangles or similar devices. Basically, stay well away from your car!

Stopping on the hard shoulder not only puts your life at risk, it also threatens the status of your licence. It is actually illegal to use the hard shoulder unless it is an emergency or you are told to do so by an authority. As a result, if the police decide your reason doesn’t count as an emergency, you can be slapped with a £100 fine. And that’s not all! You can also expect 3 penalty points to be added onto your licence. Yep, this is not a mistake the highways agency takes lightly.

Up to now, the rules surrounding use of the hard shoulder probably seem quite straightforward. Drivers should only use the hard shoulder in emergency scenarios and that’s that. Right? Well, not exactly. It’s time to address smart motorways…

ALR and the dynamic hard shoulder

Smart motorways track and respond to real-time traffic information in an effort to improve conditions on the road. An example of the so-called active traffic management techniques used on such roads is opening up the hard shoulder as an extra lane to improve traffic flow. On ALR—which stands for all lanes running—smart motorways, this feature is pretty much always in effect (unless there has been an accident).

The tactic of using the hard shoulder as an extra lane is not without controversy. In fact, some MPs have called for the plans for extending the UK’s smart motorways to be scrapped for safety reasons. Allowing drivers to use the hard shoulder as a lane leaves no space for people to pull over in an emergency. On top of this, the intermittent nature of its use can be confusing for drivers. The more people get used to driving on the hard shoulder, the less serious it seems to use it under normal circumstances.

Safe driving: When can you use the hard shoulder? 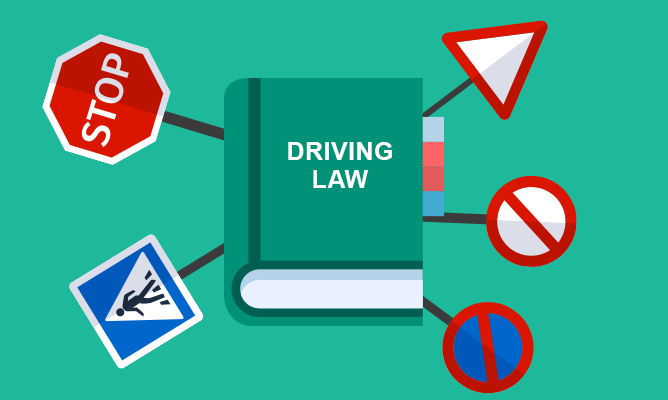 Don’t let smart motorways alter your overall approach to road safety! The hard shoulder still mainly exists for emergency use only. You should only cross over that solid white line when you are left with no other choice. After all, every time you pull over on the motorway, you are putting your life at risk.

As with most rules, of course, there are exceptions. If official road signs or highway authorities instruct you to use the hard shoulder, then you can make an exception. For most issues on the motorway, however, finding the nearest service station or exit road should suffice.

For more driving tips and road safety information, have a browse of the PassMeFast blog!