In today’s society, mobile phones have become so popular that for many of us they almost serve as an extra limb. We spend numerous hours a day scrolling, updating and conversing with the help of our trusty smartphone sidekicks. In fact, we have become so reliant upon them that prolonged separation from our phones can cause anxiety!

This intense relationship with our phones is very problematic when it comes to driving. Studies have shown that using your mobile phone in the car can increase reaction time more than alcohol. It’s no surprise, then, that the number of road accidents caused by drivers being distracted by their phones is rising. 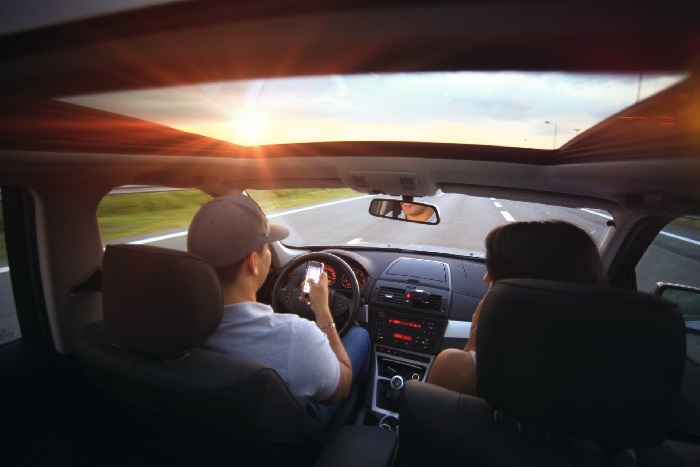 Despite this, smart-phoning while driving does not carry the same stigma as drink-driving and this makes it hard to combat. It doesn’t help that many of the functions our phones provide (music, maps, clock… etc.) are often useful when driving. Nevertheless, using your phone in the car could cost you money, points on your licence and even your life.

To shed some light on this increasingly salient issue, let’s delve a little further into the risks and realities surrounding phones and road safety…

The main thing to remember about mobile phones and driving is that using a handheld device at any point (even in stationary traffic) is against the law. This means no calling, texting, mapping or (God forbid) Snapchatting. It is also illegal to use one when supervising a learner driver. You can only use a handheld phone while driving is if it is an emergency and it is impossible to safely park before making a call. Bear in mind that in such cases, it will be up to you to make this argument to the police.

The penalties for using handheld devices got stricter this year, with initial fines rising from £100 to £200 (they can start from an eye-watering £1000 if you are taken to court). In addition, your licence will now be slapped with 6 points, rather than 3. This means that if you have been driving for 2 years or less, you will lose your licence if caught using your phone on the road. Think twice, new drivers!

An area that seems a little grey to many is laws surrounding the use of hands-free devices. Many new cars and phones provide this option, or you can purchase equipment that makes it possible. The law states that using a hands-free phone while driving is legal. This is as long as you do not touch the device at any point—so you need to set everything up before you start driving. Furthermore, if you are judged not to be in full control of your vehicle (regardless of hands-free use) you can be penalised as police see fit.

Of course, if you cause an accident when using your phone, you face a driving ban and prison time. All things considered, we’d leave the phone on silent, or better yet, off!

If you’ve ever wondered what our roads might look like in the future, why not check out our recent article on cars in 2040? 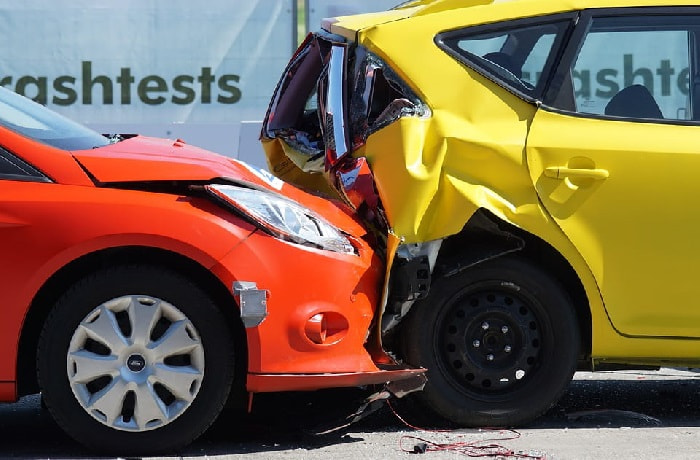 It’s very easy to get cavalier about using your phone whilst driving. If you’re familiar with a particular route it can become repetitive, making you feel over confident in your ability to multitask while driving. The issue is that even if the road itself is the same, the people, vehicles and conditions are constantly changing.

Using your phone takes your eyes off the road, increases reaction time and makes you less likely to notice hazards. As many of you will know from your hazard perception test, clocking potential hazards early is key to avoiding accidents.

In 2015 distraction by mobile phone was the main cause of 22 fatalities on Britain’s roads. This rose to 32 fatalities in 2016, with phones being the major factor in 478 accidents overall that year. As the number of casualties from this problem steadily rise, police are taking it very seriously. In our November 2019 news roundup, we reported on the use of spy cameras to catch offenders. The issue is also getting a lot of media coverage, with stories of dangerous taxi drivers and tragic road deaths due to phone use making headlines.

Despite an increase in accidents, people continue to flagrantly disregard the rules. It’s hard for authorities to attach stigma to an activity most of us carry out on a daily basis. As a result, a significantly effective deterrent has yet to be produced. Until there is a cultural shift in attitudes towards smartphones and driving, the only solution may be harsher penalties.

Other countries have attempted to tackle this problem through media campaigns aimed at younger drivers (the demographic closely associated with these habits). Australian transport authorities funded Oscar-winning director Eva Orner’s It’s People Like Us. This short documentary films young drivers regularly using their phones while driving. It shows how many of us are actually unaware of how often we consult our phones on the road:

Campaigns are also being produced in Britain by the likes of Think! and the RAC. Last year, the Prime Minister stated that using phones while driving needs to be made as socially unacceptable as drink-driving.

Using Your Mobile Phone in the Car 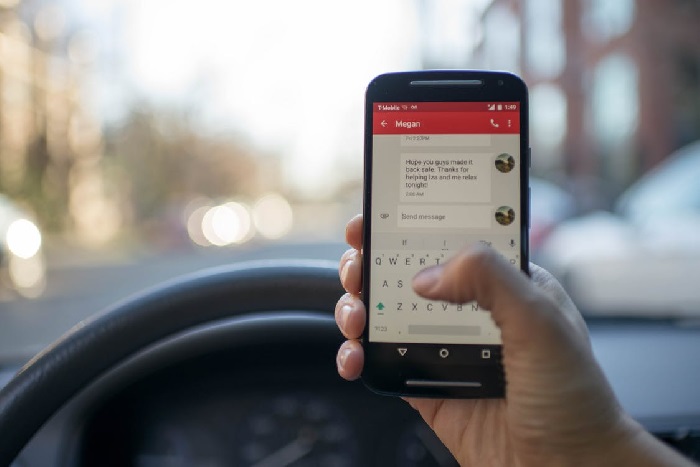 So, what can YOU do to avoid being part of this problem?

Phones have become such an integral part of our daily lives that some of this advice may seem slightly OTT. Then again, no phone call or text is worth risking your life for. And as for Snapchat: yes, those dog ears look adorable on you, but the picture can wait. If you’re finding it really hard to kick the habit, check out our top 5 tips to avoid using your phone while driving.

And remember: if you’re accompanying a driver, either as an instructor or as a friend or family member, these rules apply to you too. (As we covered in our August 2018 news roundup, this is something Kerry Katona found out the hard way!)

Smartphones and cars are both incredibly useful and a lot of fun—but they should not mix!

Can you use a mobile phone in a car?

The rule to remember is that you cannot touch your phone at any point while you are driving. This means that you can technically use a hands-free device while you drive, as long as everything is set up before you turn the engine on. We still advise that you only do this if the call is absolutely necessary.

Is using your phone as a sat nav illegal?

No, as long as you turn it on and enter the desired location before you start driving. Again, you cannot touch the phone itself at any point while you are driving. This includes if you are in stationary traffic.

Should I buy a sat nav or use my phone?

It’s really up to you and your budget. You might find that having a sat nav takes away the temptation to use your phone while driving because you can put it away completely if you are not using it for directions. If you’re thinking about purchasing a sat nav, take a look at our top 10 budget sat navs.

Can passengers in cars use their mobile phone?

It is perfectly acceptable for passengers to use their mobile phone in the car, as long as they do not pass it to the driver or require the driver to touch the phone at any point. Passengers supervising learner drivers, however, cannot use a mobile phone while the car is running.

Is it illegal to have your phone mounted in your car?

No. Car phone holders allow you to use your mobile phone in the car without having to touch it.