Tailgating is driving too closely to the vehicle in front. It’s unsafe because if that driver were to suddenly stop, you’d likely crash into the back of them.

Chances are you’ve had a personal experience—or two—with this. Even if you haven’t been tailgated yourself, you’ve probably witnessed it: vehicles driving nose to bumper with the person in front. It’s much more than an annoying road habit, though, and can cause road rage as well as avoidable collisions.

It can be difficult to assess the right gap to leave when driving, so it’s understandable that some tailgating takes place. But is it ever excusable? We’ll explain what tailgating is, whether it’s illegal under UK law, and what you should do if you find somebody invading your personal space on the road.

Tailgating is driving at an unsafe distance behind another vehicle. The actual gap you should leave depends on factors like weather conditions and speed. As a general rule, the Highway Code recommends keeping at least two seconds behind the vehicle in front; four in wet weather. This is to account for thinking and braking time—though even at this distance, you may not be able to avoid a collision in an emergency.

How can you measure your distance from the vehicle in front?

Sometimes, particularly when driving on motorways, you may see road signs advising you to keep two chevrons apart. Otherwise, you can measure your distance from the vehicle in front by calculating how long it takes you to pass the same fixed point. Count the seconds after the driver in front passes a lamp post or tree, until you draw level with the same place. An easy way to measure two seconds is to say the mantra ‘only a fool breaks the two-second rule’.

Why is it so dangerous? 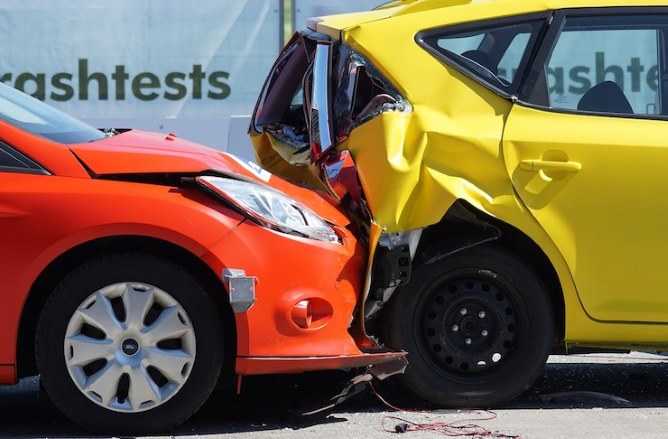 In England alone, tailgating plays a part in one out of every eight casualties on high speed roads each year. Part of the reason it’s so dangerous is that it limits your visibility of anything further along the road. And the closer you are to the vehicle in front, the less you can see in front of them.

That means that you probably won’t spot upcoming hazards in time: the first you’ll know about it will be when you see their brake lights illuminate. With not enough time to react safely, you will probably rear-shunt the person in front. And if any drivers are too close behind you too, this could lead to a pile-up.

Tailgating is also dangerous because it can cause the tailgated driver to drive in a way that puts other road users at risk. It’s common to feel threatened, intimidated and annoyed by a driver who’s too close for comfort, and this can distract you from the hazards of the road ahead.

Alternatively, a tailgated driver may try to warn off their pursuer by braking sharply, repeatedly, or deliberately driving much slower. Where either party is provoked to road rage, the consequences can be fatal.

Is is illegal to tailgate in the UK?

Tailgating is not only irresponsible, but also illegal under UK law. It’s classed as careless driving—an offence that also covers middle-lane hogging. Since 2013, police have been allowed to issue offenders with an on-the-spot fine of £100 and 3 points on their licence.

However, it’s a difficult offence to prosecute and it’s likely that many tailgaters get away with their actions. One study showed that only 260 drivers were caught in the first four years of the new UK law coming into force. That’s despite 85% of motorists saying that they witness this behaviour on a monthly basis.

To help combat this, Highways England launched a ‘space invaders’ campaign and are trialling a new camera system. Using multiple cameras along a stretch of road, they can differentiate between momentary breaches of the 2-second rule and those who are illegally tailgating. As of late 2020, tens of thousands of motorists have already received letters warning them that they’ve been driving unsafely. If the scheme sees a decrease in offenders, new cameras will be rolled out across more of the country.

Why do so many drivers tailgate?

If it’s both hazardous and illegal, why does anyone get too close to other drivers?

Like most annoying road habits, tailgating can happen accidentally. It’s hard to imagine when you first start your driving lessons, but when you’ve built up experience on the roads, driving becomes largely subconscious. Actions aren’t always taken with the level of care they should be—and, occasionally, you may find yourself following the vehicle in front too closely.

② Out of frustration

Whether a driver is in a genuine hurry, is trying to stop others cutting into a queue of traffic, or simply wants to drive faster than you, frustration is a key reason behind tailgating. But what they probably are failing to recognise is that it takes a long time at a higher speed to shave even a minute off their journey time. When frustration gives way to aggression, the situation can become even more dangerous.

Travelling with another car—or group of cars—can lead to you taking risks to keep up with the leader of the convoy, and sometimes driving too closely to avoid separation. Where possible, use a sat nav instead of relying on following another vehicle for directions, and agree on meet-up points in advance.

What should I do if I’m being tailgated? 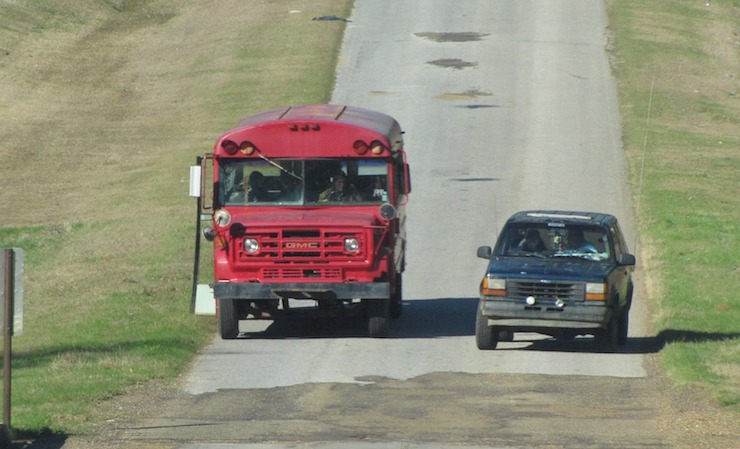 It’s never nice when someone is too close for comfort, but there are right ways and wrong ways to resolve the situation. Here’s how you should deal with tailgaters.

✓ Focus. When someone’s driving too closely behind you, it’s likely to distract you. But in order to keep safe, you need to pay attention to all potential hazards, not just the bad driver in your rear view mirror.

✓ Check your own driving. Are you driving unnecessarily slowly? Tailgating is never excusable, but do make sure you’re not doing anything that could provoke the behaviour. Good driving relies on the decisions you make in different scenarios—including where other drivers are at fault.

✓ Compensate. If you’re being tailgated, leave more space between you and the car in front. This extra time may prove crucial if you need to commit to an emergency brake.

✓ Allow the offending motorist to pass. Sometimes the best thing to do is to remove yourself from a dangerous situation. On the motorway, change to a slower lane as soon as it’s safe to do so. On other roads, see if you can find a suitable place to indicate, pull over and let the other driver overtake you.

✗ Don’t try to teach the perpetrator a lesson. You’ll probably feel annoyed if you’re being tailgated, and you might be tempted to keep hitting your brakes, or even slam them on. However, this can make the situation even more dangerous by causing road rage.

✗ Don’t be intimidated. Never break the speed limit to appease a tailgater, because then you’ll be breaking the law just like them. Remember, you’re not just standing up for yourself, but for everyone else’s safety on the roads too.

Get updated on UK driving law and top driving tips for keeping safe while on the road on the PassMeFast Blog. We make knowing the rules simple—learn exactly how to deal with box junctions and whether you’re ever allowed to overtake on the left.