Whether you’re a qualified driver or not, you should be fully aware that using a mobile phone whilst driving is incredibly dangerous. Smartphones distract drivers from the road, increase reaction times and put lives at risk. Indeed, over the past few years, mobile phones have become one of the leading contributing factors to road accidents in the UK.

Despite the publication of worrying statistics and tragic headlines, drivers continue to shirk the rules surrounding smartphones. A recent survey by Think! revealed that 1 in 6 people admit to using a mobile phone while driving. It is no wonder, then, that this problem is up there with issues like drink and drug-driving as a focal point for road safety campaigners.

All of this got us thinking: is mobile phone use causing more accidents on the road? Of course, it’s always difficult to point to a direct cause and effect relationship with this kind of thing. We can, however, hunt for correlations in the available statistics and draw some (spoiler alert: rather worrying) conclusions. So, come along for the ride as PassMeFast investigates whether our beloved smartphones are increasing the number of accidents on UK roads…

Why using your mobile phone in the car is so dangerous 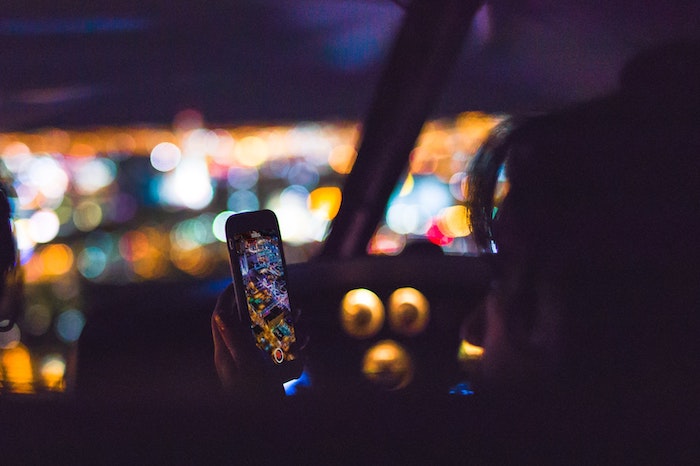 Using a mobile phone behind the wheel of a car causes you to take your eyes, hands and mind off the road. Even if this is only for a split second (and it rarely is) the consequences can be severe. A lot of people kid themselves that because they are so good at multi-tasking, there’s no harm in reading that text or taking that call. The truth is, though, that the only thing preventing them from ending up in an accident is dumb luck.

If any of your focus is on your phone rather than the road ahead, your ability to spot and respond to hazards is compromised. Research cited by by Think! revealed that reaction times are 3 times longer when drivers are using a handheld mobile phone. They also concluded that people are 4 times more likely to crash if they use a mobile phone while driving. Scary stuff!

These days, drivers have been known to go as far as sending emails and posting on social media while hitting the road. The recklessness of this behaviour almost beggars belief. It is simply not worth the threat to your life and the safety of those around you. Even if you manage to avoid physical harm, you are at risk of facing some increasingly tough legal penalties.

The laws surrounding mobile phone use behind the wheel

The penalties for driving and using a mobile phone were increased in 2017, to reflect the severity of this growing problem. Today, the use of a handheld mobile device while the engine of your car is running (even if you are just supervising a learner!) could land you an on-the-spot fine of £200 and 6 points on your licence. This should be a particularly strong warning for newly-qualified drivers, as 6 points on your licence means you can kiss it goodbye. Yep, you’ll be all the way back to square one—only with less money in your account.

And that’s just the starting point. If you’re caught up in an accident, or the police deem your behaviour to be particularly dangerous, you can be taken to court. Once there, you’ll face a fine of up to £1,000 and a potential driving ban. The mere fact that the rules are becoming harsher shows that this is a major problem that the authorities take very seriously.

If using your phone in the car is an absolute necessity, you can purchase a hands-free device. The use of these is legal as long as you do not touch the device while the engine is running. Be aware, though, that the police still have the right to pull you over and impose penalties if they believe that your hands-free system is distracting you from the road. The best option to avoid any trouble, therefore, is to simply wait until you get home (or find a safe place to pull over and turn off the car) to use your phone.

Mobile phone use as a contributing factor in UK road accidents 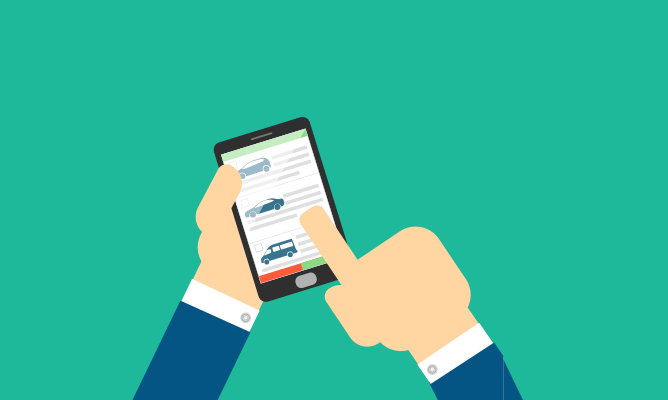 Now to get down to the nitty gritty: what the stats tell us. Rather worryingly, statistics released by the DVSA show that, while the overall number of road accidents is decreasing, the number of people killed in accidents caused by a driver using a mobile phone is increasing. Just take a look at the table below:

So, while the other numbers are going in the right direction, the stats that indicate the harm mobile phones are causing on UK roads is going in the wrong direction. The picture becomes particularly stark when you consider that, in 2012, only 17 people were killed in a road accident caused by a driver being distracted by a mobile phone. In other words, the death toll linked to smartphones has increased by 16 in just 5 years.

What’s more, even official statistics like these don’t divulge the full extent of the problem. A Telegraph article from 2016 revealed that police believe far more road accidents are caused by mobile phones than is reported. Why? Well, in many cases, it is simply not possible for authorities to prove that a mobile device was being used prior to an incident, because drivers are able to hide the evidence.

Don’t add to the stats

A 2017 RAC road safety report detailed how 31% of drivers admit to using a handheld mobile phone while driving. This is up from 8% in 2014. (The RAC’s 2018 report stated that the percentage did not fall last year, despite the introduction of harsher penalties.) Again, this is only the people who openly admitted to breaking the law, so the problem is likely to be far more prolific.

Campaigners urging people to take this issue more seriously are hoping that, one day, it will carry the same stigma as drink-driving. Sadly, that doesn’t yet seem to be the case. Do yourself (and every other road user) a favour by refusing to be part of the problem. For some ideas on how to stop this highly risky habit, check out our top 5 tips to help you avoid using your phone while driving.

Is mobile phone use causing more accidents on the road?

Statistics provided by the Department for Transport show that, technically, mobile phone use while driving is not causing more accidents on the UK’s roads. This statement, however, does not tell the whole story. While the overall number of accidents is falling, drivers using a mobile phone are responsible for an increasing number of road fatalities. This suggests that driving while using a smartphone is one of the few road problems that is actually getting worse.

Having a driving licence is a big responsibility. Show that you understand this by respecting the rules of the road. Make yourself part of the solution by doing as Think! advises—when heading out on a drive, make the glove compartment the phone compartment. For further advice on this issue, have a read of our top tips to avoid using your phone while driving.

For more driving news and tips, be sure to check back in with the PassMeFast blog!