What is the Highway Code?

Essentially, the Highway Code is a compilation of information and rules for all drivers in the UK. It is designed to promote safety for drivers, pedestrians, cyclists, motorcyclists and animals. The Code contains all sorts of information ranging from road signs to vehicle markings to general road safety. It also includes L plates rules—necessary knowledge for a learner driver! Needless to say, it’s extremely thorough. If you’re looking to pass your theory test or do well on your practical test, you’ll need to have a good understanding of the Code. You can read the Highway Code and test your knowledge with our list of top theory test revision resources.

Why do we need it?

You might be wondering what the point to the Highway Code is. To put it simply: without rules, you’d be facing utter chaos every time you were on the road. Without an understanding of road signs and overall road safety, you’d be putting yourself and others in danger. It’s not enough to just follow tips on defensive driving whilst out on the road, you also need to follow the Highway Code to ensure that you keep yourself and others safe. Want to test your knowledge of the Highway Code and rules of the road? Try out our quiz—could you pass your theory test today?

Before you start thinking about ignoring this, be aware that most of the rules in the Highway Code are legal requirements. If you disobey them, then you are committing a criminal offence. You could be fined or given penalty points—you might even be disqualified from driving.

The history of the Highway Code

The Highway Code was first introduced in 1931—that makes it 86 years old as of 2017. Now, if you’re familiar with the history of the driving licence, you’ll have noticed that this was 32 years after licences were first introduced. If you’re wondering what the holdup was, in 1931 there were only one million drivers on the road. As such, there wasn’t much need to concentrate on developing the transport and safety system. By 1931 however, this number had more than doubled—pushing the government to do something to ensure road safety.

With just 18 pages of information, the first edition of the Highway Code was incredibly concise. If you don’t believe us, take a look at the current editions coming it at over 100 pages! Drivers could purchase this edition for one old penny. It came with information like being considerate to other drivers and sounding your horn when overtaking other drivers.

As you can imagine, the Code underwent significant changes after the release of its first edition. The second edition in 1934, for example, expanded upon previous information by including road sign illustrations for the first time. It also included warnings about driving under the influence of alcohol or tiredness. The third edition in 1946 included the very first mention of stopping distances as well as a new section on driving and cycling.

By 1954, the Highway Code was finally given a full makeover featuring colour illustrations. It also included first aid advice and an expanded traffic signs section. In addition, references to trams disappeared only to return in 1994 once modern tram systems began to open. The arrival of motorways by the late 1950s led to the introduction of a motorway driving section in the fifth edition. This explored exiting slip roads and advice for drowsy drivers on the motorway. For more information on motorway driving, check out our ultimate guide. By 1968, the sixth edition brought about photographs and 3D illustrations, bumping up the price to six new pence.

The seventh edition in 1978 was a far cry from the first edition. With 70 pages it introduced the Green Cross Code for pedestrians and the orange badges for people with disabilities. With the rise in car crime, the new Code also included advice on vehicle security. This format was expanded upon in the 1990s with a taller booklet. It also introduced a section for the driving theory test which has since become a part of the Highway Code we use nowadays. 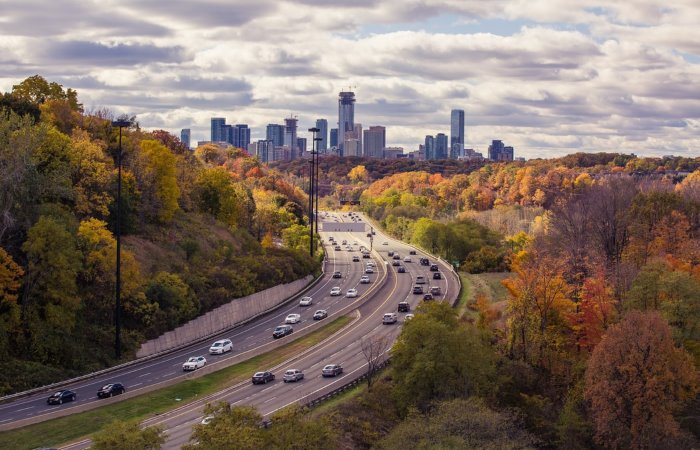 By 2011, the Highway Code joined Twitter and Facebook, using them as a place to remind drivers of the rules of the road. By May 2012, The Official Highway Code app became available, and is used by learner drivers across the entire UK.

Despite the revisions over the years, the Highway Code has stayed true to its original purpose: keeping people safe on the road. The only difference is that the current edition of the Highway Code is even more thorough. It contains every possibility and piece of information that motorists and pedestrians could need. With the constant change in technology and government laws, it’s important for the Highway Code to undergo frequent revisions. This ensures that the public remains safe no matter what.

Despite changes to the practical driving test in 2017, learner drivers are still required to have a thorough knowledge of the Highway Code. If it’s been a while since you’ve read up on the Code, it’s vital that you refresh your knowledge. Many drivers out there are inadvertently breaking the law every time they drive. Don’t let this be you—update your knowledge now.

Confident in your knowledge of the Highway Code and ready to book your practical? See if the time you take your test will affect the outcome and make sure you check out the Top 5 Reasons People Failed Their Test first, so you know what to watch out for!

The official DVSA handbook or the AA theory test book are great revision resources; They both contain official DVSA questions with answers. Revise them thoroughly—they could show up on your test.